Things Aren´t Always As They Appear

on January 23, 2010 by Fiona Ryan
Filed in: Food Experiences, Travel

I´ve had the pleasure of visiting lots of supermercados in Spain including the national biggie Mercadona.  My favourites though are Eroski (just the name conjours up something exotic – sort of a Russian adult show) and Consum (conjouring up a vision of consumerism at it´s best).

The other day I was wandering down the aisles of Consum, looking for some savoury snacks or biscuits to accompany our afternoon drinkies, when I saw these. 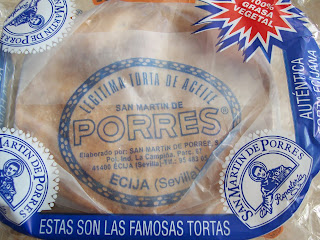 Yesterday I finally opened the packet so we could enjoy the Tortas with Tapenade.  They looked so lovely and crisp with their salty coating.  Except is wasn´t a salty coating.  It was a sprinkling of crunchy sugar crystals.  Tortas, as it turns out, are crisp and flaky, slightly sweet Tortillas with a faint taste of anise. 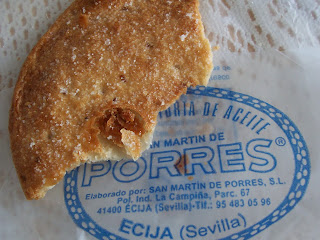 They were no good for the Tapenade but are great for a mid morning snack with coffee.  If I don´t finish them all in the next few hours, I might try dipping one in my Hot Chocolate tonight.  What a happy little accident!