It’s all about the Cheese – Rhone Valley 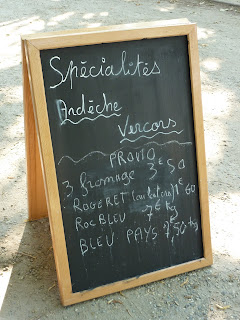 It’s no secret that I love cheese.  In fact, it’s hard to find someone who doesn’t love cheese, but I know they are out there.  Does anyone love cheese more than the French?  I think not.  Last year as part of our more than bite sized adventures, we stayed at the municipal campground in Tournon-Sur-Rhone in the Ardeche. 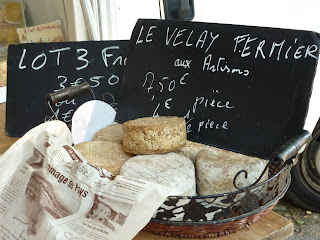 Only in France would there be a cheese van that comes to a campground once a week so campers can have access to the choicest artisan cheeses from the local area.  It was the start of a very long heatwave which saw the temperatures creeping up towards 40c so I smelled the cheese van before I saw it.  I was like a moth to a flame.  I’m hard pressed to think of a cheese I don’t like but I am a huge fan of bold flavoured washed rinds, palate gripping blues and soft cheeses that have aged so well they literally ooze when cut.

A queue quickly formed, which gave me a chance to check out the options.  Whilst I’m a fan of the bold flavours, Anthony is not so I selected a small serve of the St Marcellin for myself.  As it was so hot, there was no chance of storing it so I was forced to eat the entire round with fresh baguette and the sweetest, juiciest cherries we had bought from the doorstep of a local.  Brilliant! 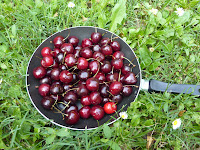 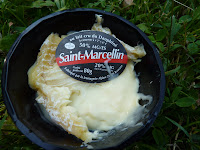 I am very, very excited to have been invited to the VIP Breakfast of the Brisbane Cheese Awards on 5 June, where I will have an opportunity to meet some of the producers when the awards are announced.  So, stay tuned for a cheese update! 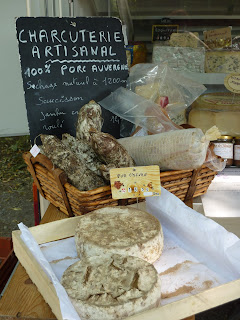