A Treat for the Frequent Flyer

on October 23, 2011 by Fiona Ryan
Filed in: Restaurant Review, Travel 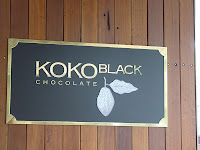 The other day I was poking around Koko Black in Canberra, wishing we had one in Brisbane when I saw these little treats.  The thing that caught my eye was the label – ‘For Frequent Flyers’.  I thought, ‘What’s this? They’ve recognised my fellow zombies, trapped in a twilight zone of overpriced airport shops, shuttling between capital cities in a sardine tin and constantly doing mental somersaults over daylight saving calculations.’ Yes. No. Maybe.

In a canny piece of marketing, the tag on these pieces of chocolate coated, candied orange peel reads: Sandpiper – Marathon Frequent Flyer; Humble Adventurist; Nibble Feeder. So apparently Sandpipers shuttle back and forth between capital cities too. Rarely sucked in by the hyperbole, I had to buy them immediately. 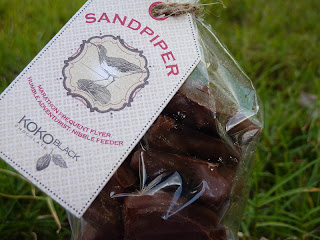 Perhaps they’re meant to be daintily nibbled on a plane but these will be going on the after dinner cheese plate at my next dinner party.  I may serve it with Thorn Clarke Sandpiper from the Barossa. 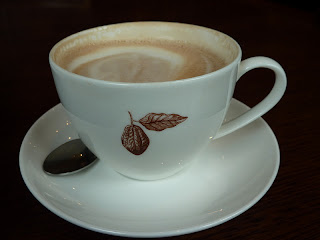 Next post: A Few of My Favourite Things – Update!