on February 25, 2012 by Fiona Ryan
Filed in: Miscellaneous

It’s been a busy few weeks for TIFFIN, travelling interstate, booking holidays and attending food  events.  That’s my excuse for the posts languishing at the bottom of the to do list.  Many of the events I’ve attended in the past have been tweeted by people I follow on Twitter and this week was no different, attending two very unique events, organised by Twitter friends.  I say ‘friends’  but I don’t think you can really call someone your friend when you have never heard their voice, seen their face or know where they live.  Let’s say ‘acquaintance’

The first was Swirl Sniff Spit at Era Bistro in South Brisbane.  As the name would imply, this is a wine tasting that occurs on the 3rd Tuesday evening of every month.  It’s run by a group of friends who are wine lovers and want to share their enjoyment with others.  None of them are in the wine industry, yet they are able to get the cream of Australian winemakers and some of the best importers to supply bottles for each tasting for nix.  The formula is simple: a particular region, style or terroir may be chosen as the theme for the evening.  An expert talks about the wine and takes the group through 10 – 16  wines over the course of a few hours.  Last Tuesday, it was Margaret River. 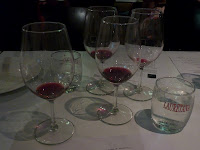 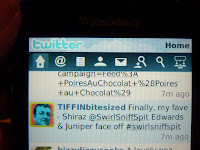 Food is available to order with the option of having it delivered at the start of the evening of half way through.  This is a great evening out, well organised, an opportunity to meet new people, some excellent wines of course and, the tasting is free.  Bookings open the week before with spots hotly contested and the evening is generally over subscribed.  Your best bet is to get yourself in Twitter and start following @SwirlSniffSpit so you can snag a ticket as soon as the booking open.

The second event was the Gastronauts Picnic. The original venue was New Farm Park but the weather was certainly far from ideal.  You can’t keep a good Gastronaut down though so, through the magic of Twitter the venue was moved to a willing household and we were all notified of new details.  Gastronauts put me under extreme cooking pressure.  What should I make for a bunch of dedicated foodies?  I’ve seen the menus of the Gastronauts Supper Club so I was expecting that people may whip up a batch of liquid nitrogen ice cream on the spot or have roasted a whole suckling pig in the days leading up to the picnic.  In the end, I settled on Gazpacho and Homemade Pide.

We arrived at the appointed time and were greeted by friendly tweeps that I had chatted with many times over Twitter but had never actually met.  As you can expect, there was a vast array of food from all corners of the globe including Korean Pork and Mung Bean Patties, Beetroot & Goats Cheese Tart, Dr Pepper Spicy Shredded Pork (don’t knock it until you’ve tried it) and good old of British Potato & Turnip Pasties amongst other things.  The Gazpacho was a hit on a very steamy afternoon and in keeping with the picnic theme, we slurped it out of plastic cups. 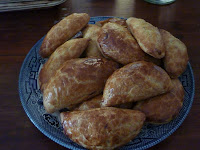 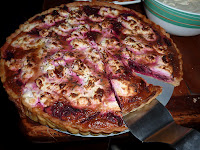 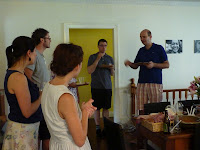 Dessert included some very fancy schmancy Choux Swans, the famous Momofuku Crack Pie and the best Red Velvet Cupcakes I have had (they are so often a dull red).  All in all, it was a lovely afternoon, sharing a meal with like minded people who were as generous with their comments as they were with their cooking. 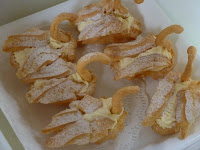 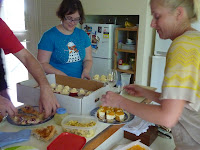 Who’d have thought that the world of social media and more specifically, Twitter, would open up a wider world of food and acquaintanceship?