on March 24, 2012 by Fiona Ryan
Filed in: Restaurant Review, Travel

My final instalment (for a while) of Dispatches from Sydney is also the post that many have been waiting for.  I must apologise up front for the photos.  In all the excitement I forgot my camera and had to rely on my phone.

The first thing I noticed when I walked into Oscillate Wildly is how small the restaurant is.  There are less than a dozen tables in this small inner Sydney terrace, so it’s a very intimate setting.  The second thing I noticed was that Jill Dupleix and Terry Durack were sitting at a table nearby.  As it was February 29th, I reckoned that they were celebrating a once in every 4 years treat of eating out together.  Ten years on, Oscillate obviously still pulls the right people.﻿﻿

Our menus were printed with the date and it appears that there is a different menu each evening, based on what’s in season and what the chef is inspired to create.  Whilst we perused, we were offered out first little treat of the night. A large white tablet with a pattern pressed into it, sitting in a small dish.  Were Oscillate offering Ecstasy as an amuse bouche?  That would certainly make proceedings interesting.  ‘Don’t eat it’ advised our waiter/sommelier for the evening.  He returned and poured hot water onto the tablet to reveal an expanding, moistened hand towel.  How very civilised and a neat trick.

We started with the ‘Foie Gras, Scallop and Hazelnut’ presented.  The pairing with Hazelnut was sublime but I can’t say there was much taste from the Scallop.  It was overshadowed by the richness of the Foie Gras.  Foie Gras is a guilty treat.  I love it but it’s not good for the heart or waistline and generally not ethically produced.  I no longer order it from menus but if I’m forced to have it as part of a degustation, I’m not going to say ‘no’.

Stand out dishes for me were the ‘Pine, Curd & Needles’ – represented by Pine Mushrooms, Goat’s Curd and ‘Needles’ of Samphire; and, ‘Beef, Yolk, Brussel Sprout’ – the most savoury cube of beef I think I have ever had accompanied by a unctuous egg dressing and shaved (flaked?) Brussel Sprout.  As far as I’m concerned, this is the only way Brussel Sprouts should be served.  If they can’t me served to you on fine china in a high class restaurant in the company of a world renowned food critic and food writer, then just don’t bother.

Dishes were delivered at regular intervals and each time, it was prefaced by an intro from our waiter.  He was just as conversant with our wine pairings which was probably just as well given the myriad of styles and origins.  It wasn’t all wine though.  Our Scampi was paired with a Sake.  And don’t turn your nose up at the Moscato either – it’s served as it should be, not as an aperitif but as a light alternative to a dessert wine.  I’ll convert you all to good Moscato and it’s proper place in wine service, if it kills me.  There was a brief halt in the pouring as the sommelier advised that Oscillate was waiting on a delivery of the next wine on the list.  I took this to mean that there was to be a replacement wine.  Indeed there was.  It was a replacement for about 5 minutes until the original wine arrived and was also duly poured.  I think it may well have been delivered from the owner’s private cellar somewhere in Marrickville but I’m not complaining!  Shades of our visit La Manoir Aux Quat Saissons and our slightly delayed plum sake.

Desserts were mixed.  ‘Rose, Lychee, Violet’ had us in raptures with a tangy sorbet, fresh raspberries, unbelievably good freeze dried lychees and a scattering of flowers and micro herbs.  This should have been the palate cleansing dish to finish on.  ‘Pandan, Rye, Milk Jam’ on the other hand, just didn’t work for any of us.  The Pandan paste and buttery popcorn were tasty but the burnt milk skin was too bitter. Overall a  disappointing dish but hardly a reason to call the night a failure.

Oscillate is a degustation restaurant and whilst there are many places offering degustation or tasting menus, this place was doing it 10 years ago and, it’s degustation only.  Risky in this economic climate, yet they manage to pull it off.  Whilst for once I did not feel like I was rolling out the door, if you’re looking for a snack, you’ll need to go elsewhere.  For philistines, ‘Oscillate Wildly‘ is a song by The Smith’s.  They featured throughout the background soundtrack and yes, they do take requests.  The highlight of Anthony’s night.
Oscillate Wildly Degustation
29th February 2012
Foie Gras, Scallop, Hazelnut
Navazos Nierpoort Vino Blanco
Sanlucar De Barrameda (Spain 2010)
Scampi, Ponzu, Wild Rice
Taka ‘Yamahai’ Junmai Ginjo Sake
Hitoshima, Japan
Pine, Curd, Needles
Chateau Broustet Semillon/Sauvignon Blanc 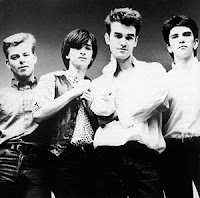 http://www.oscillatewildly.com.au/ (though it has nothing but the name & contact)