on July 14, 2012 by Fiona Ryan
Filed in: Brisbane, Food Experiences

I was born in Australia but I come from the biggest wave of migrants that arrived in this country in the late 1700’s.  Yep, I’m from convict stock.  Other than potatoes and stew, the culinary highlights from Ireland are few and far between.  There have been many more waves of migrants in the last 200+ years, bringing their heritage and traditions, history and thankfully, their kitchens, with them.  Just as well or I’d be starving!

This morning I went on a mini food safari to a couple of suburbs close by, foraging in delis and markets for ingredients I was after.  Two fantastic finds from the opposite end of the earth reflect the vibrancy and diversity that can be found in an area that, it has to be said, is fairly WASPish.

Cypriot Cheese
Pandelyssi Cheese is in an unassuming brick house on a suburban street, in Holland Park. I’ve lived with stomping distance of this cheese factory for over 40 years and didn’t even know of it’s existence!  This family run business has been going for three generations and from the spotless, small commercial factory in the ‘shed’ they turn out hundreds of kilos of Cypriot haloumi, fetta and ricotta every week, much of it going to restaurants and shops. 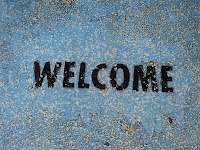 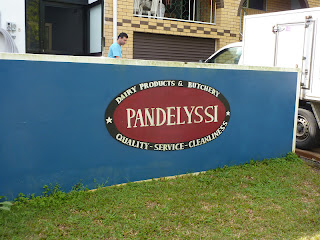 Nowadays, I’m sure anyone wanting to start up a cheese factory on a Brisbane suburban street would be given short shrift from the Brisbane City Council & Health Department and told to relocate to an industrial estate.  It is clear though that this factory started as a small family concern that has grown over many years.  I remarked to Anthony that I consider it to be a ‘heritage business’.  Something that has grown, evolved organically and prospered over the years, serving family and friends and now, the wider community. 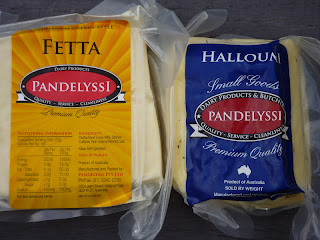 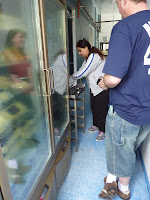 On the morning we visited, they were washing out the cheese vats after another busy week.  There’s a small  factory door open to the public where you can buy the vacuum sealed cheese made that week.  I asked for a taste of the Cypriot fetta but was told there was none open with the assurance that it was ‘number 1 fresh quality’.  The pricing per kilo from the factory is a dollar or two lower than from delis and markets so it’s worth the visit and the freshness of the cheese makes anything you’ve ever bought from a supermarket, pale in comparison.  Unfortunately, on the day we were there, they had sold out of the ricotta so I’m keen to go back. 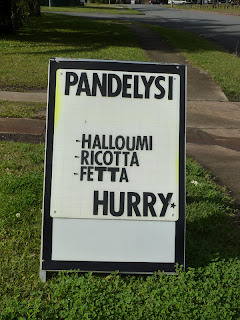 Afghani Bread
Whilst people from the Mediterranean have been regular visitors over the past 100 years, those from the Middle East are newer arrivals.  I have spoken before about my love of Middle Eastern food, heightened by a trip through Egypt, Syria, Jordan and Turkey.  It may be a hot spot at the moment but for most people, they are just going about their business, living their lives.  For those who have decided to come to Australia, it must be with a great degree of sorrow and anguish mixed with hope about new opportunities for themselves and their families.

It’s now quite easy to buy Middle Eastern groceries at a number of delis but if I need to get serious, I drop into the Paradise Market in Stones Corner.  ‘Salam’ is the greeting as you walk into a seemingly unassuming little convenience store full of staples from the Arabic world.  In addition to an extensive array of dry and tinned goods, there are items such as semi dried plums, fresh halwa and frozen okra.  I had swung in to pick up some fresh flat bread.  As I approached the bread stand, I thought I was grabbing some Lebanese style pita but in fact, it was oh so much more.  The bread on offer was Afghani bread.  Giant rounds of thick, spongy wholemeal bread with numerous air holes across it’s surface, finished with sesame seeds.  Similar to Turkish pide that’s been flattened with a weight during cooking, it was freshly baked that morning by Afghan Maihan Bakery in Acacia Ridge.  At only $2.70 for three huge rounds of bread, I said ‘What a bargain’ and made the sales assistant’s day. 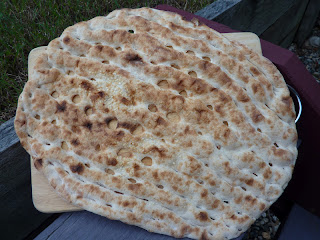 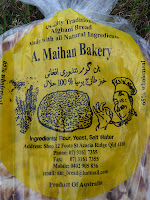 As soon as we got home, we tore off a huge piece of bread and spread it with butter and Vegemite.  The bakery hadn’t probably thought their bread would be the vehicle for our typically Aussie snack but it was so good.  I also toasted a piece and had it with butter and golden syrup.  The ANZACs would be surprised but proud.  The bread is good with dips and I can also imagine enjoying it with a spicy Middle Eastern style lamb stew with chickpeas.  What a find!

Migrants Made Australia.  I hope we can welcome lots more to our country.