on October 16, 2012 by Fiona Ryan
Filed in: Brisbane, Food Experiences

Despite a minor touch of jet lag and a huge backlog of posts to write, less than 24 hours off the plane from Chile, TIFFIN was out there rubbing shoulders with the Foodistas of Bris-Vegas to make sure you have the up to minute facts on cooking schools in Brisbane.  Last night I was lucky enough* to be invited along to the launch party of The Golden Pig Food & Wine School.  What an extravaganza! 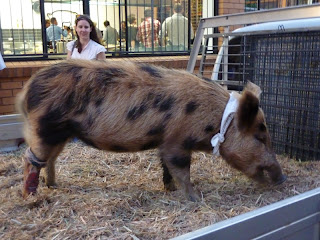 Installed in an reinvigorated warehouse in Newstead, the Golden Pig was rocking.  We knew we were on to something special when we saw a Golden Pig happily snuffingly away in the back of a ute.  She was ultra cute and happy for a pat on her ringed snout, uttering little squeaks of pleasure and encouragement.  Thankfully, she didn’t see her crispy cousin, sitting on the bench top, waiting to be devoured by the hungry crowd.

Upon arrival we were offered a menu listing food and wine pairings and invited to wander through the retail, kitchen and back deck space to sample and graze as we pleased.  Food and wine stations were set up throughout, with chefs preparing tasty offerings on the spot.  Turning out hundreds of quality canapes in front of hordes baying for bite sized snacks can be daunting but the food just kept coming and the quality didn’t slip once. 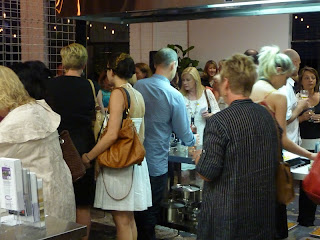 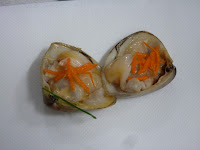 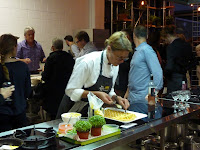 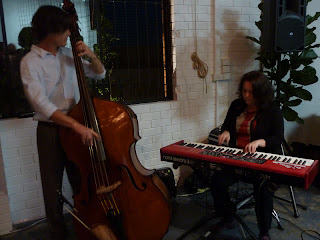 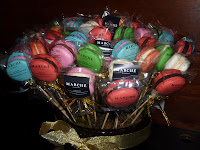 The Golden Pig offers traditional hands on cooking classes for the public as well as corporate groups (that’s a team building exercise I’d like my employer to run!).  They also offer hospitality training and will soon be offering wine, beer and spirits appreciation classes (employer – are you listening?).  The school is the baby of Katrina and Mark Ryan (no relation) who have used their knowledge in hospitality and design to create a project that they are clearly passionate about.  Katrina is a former head chef at Neil Perry’s Rockpool and Mark’s apprenticeship was in the safe hands of Tony Bilson at the renown Kinsela’s.  During the opening speeches, Mark also promised to attend some of the classes on offer to brush up on his skills. 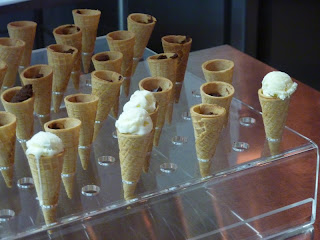 The Golden Pig Food & Wine School offers first class premises and equipment as well as high quality, responsibly sourced ingredients.  Classes are on weekdays and weekends, during the day and at night, offering a wide range of cuisines and styles to learn more about.  Best of luck to the Golden Pig and all the little piggies who visit! 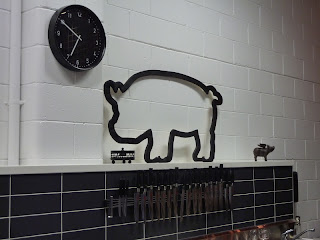 *TIFFIN attended the launch as a media guest of the Golden Pig Food & Wine School.

Next post: The Magic Pudding: Toad In The Hole – Random Recipes #21