Time for a Tipple

on January 30, 2013 by Fiona Ryan
Filed in: Brisbane, Restaurant Review

A few months ago, I started seeing tweets for ‘Tippler’s Tap’.  People mentioned that they were going or had been and it was great.  Seemed odd that so many people were making the pilgrimage to Stradbroke Island just to get some decent chicken wings but, these are the lengths that people go to for a decent feed.  Eventually, the tweets were so multiple that I had to re-assess.  Maybe people weren’t catching the barge to South Stradbroke.  Maybe they were going somewhere a bit closer….. Like the same suburb I work in, maybe?  As it turns out, Tippler’s Tap is not the pub at Tipplers on Stradbroke Island (though you can see why I might think so) but a strange little bar/pub tucked away in a side street in semi industrial Newstead.

Newstead & Teneriffe are going through a period of rapid modernisation.  Factories are being raised and warehouses converted for apartments.  The enormous heritage listed gas stripping tower is the focal point for a massive integrated apartment and shopping hub.  In 12 months, the neighbours will have moved in.  In two years, you won’t know the place.  Tippler’s Tap has decided to get in on the ground level, positioning itself in a set of basic light industrial shopfronts within eyesight of the gas tower and for the moment, all the tradies who are working on it.

Tippler’s offers a world of joy and very good bar food to the serious beer drinker.  I do not drink beer so I made sure I brought along a selection of people who did, so we could experience the whole shebang.  There are over 80 beers, porters and stouts to buy by the bottle as well as a smattering of ciders and wines to try.  On top of this, there are around 10 beers on tap, on constant rotation as well as a couple of specials which, generally includes a brewed cloudy cider.  It’s all about ‘craft beverages’ my friends. 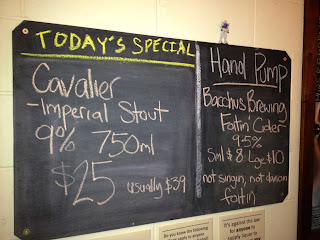 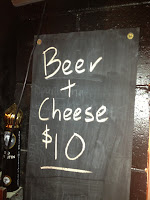 Plenty of the pints are under $10 but there are also some pricey options such as the special of the day, reduced from  $39 to $25 or, the large NZ ‘Message in a Bottle’ which was $25 and certainly drew a double take from my colleague who ordered it.  Alas, he had not looked at the price on the menu and it was too late once the lid had been removed.  Perhaps even the most learned of beer drinkers may value a discreet, ‘You know that’s $25?’ before the cap is removed.  I’m sure most would brazen out a ‘yes’ but maybe some would re-think their order.  Min you, it was the equivalent to three standard drinks. 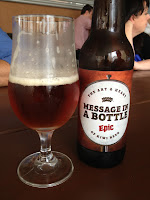 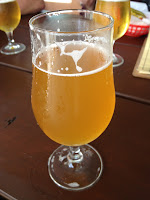 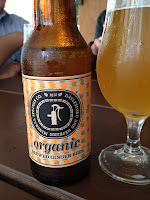 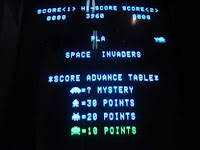 Wander in to the bar past the obligatory pinball machine and Spacies, peruse the menu, order yourself a drink and wait for your meal to be delivered to the table.   You can sit inside or outside at individual or shared tables.  It won’t take long for your meal to arrive though you may have time to gulp down a drink whilst you wait.

Everyone raves about the Buffalo Wings ($10) so after an all beef Chili Dog ($9) on my first visit, it was time to try the wings.  Rather than the traditional spicy, sticky coating, these wings are lightly dusted in at least 11 secret herbs and spices and deep fried.  Served with a blue cheese dipping sauce, one kilo of wings sounds like a lot but I thought ‘most of that will be bone’.  Well, a lot of that is bone but it’s still a heck of a lot of chicken.  None of us at the table could finish our serve.  You can’t go wrong with the freshly made Onion Rings either ($8).   It’s simple but very generous in size and certainly good beer soaking food. Make sure you under order as you will still have more than enough 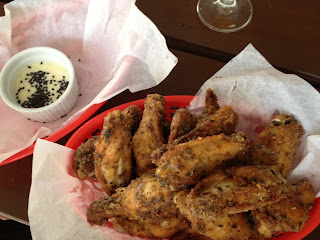 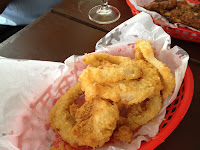 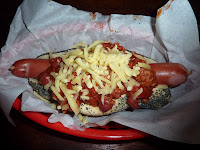 You could very easily walk past Tippler’s.  In fact, the second time we went a colleague said he walked past most days and thought it was just some friends socialising on the deck or a break out area for a business.  So, Leave Straddie Unabridged and keep your eye’s peeled for the sign. 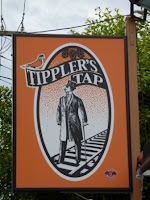