on February 9, 2013 by Fiona Ryan
Filed in: Brisbane, Restaurant Review

It’s been a while since I’ve had a Lunch Sized Adventure due mainly to the geographic remoteness of where I now work.  It’s over 500m to the nearest Grill’d don’t you know?  Anyway, I’ve been in the CBD this week as I’m on Jury Duty so I have had time to fit in a quick Lunch Sized Adventure.

The destination was ‘Steamed‘, tucked away under the Turbot St overpass.  A simple shopfront with an equally simple menu, you are welcomed with a friendly greeting as soon as you walk in.  Steamed’s main menu item is dumplings and who doesn’t love a dumpling?  There are three types of filled dumplings available including a vegan option as well as the charmingly named Pork Cloud, steamed pork bun. 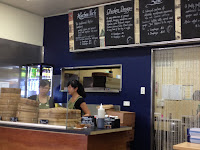 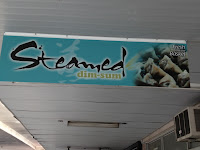 You can order dumplings in sets of  4 ($6) and 8 ($10) or, do as we did and order a combo such as the 6 dumplings + Pork Cloud for $10.  Dumplings are lifted straight from the steamer baskets and popped into heavy duty biodegradable cardboard containers.  You can dine in or takeaway so we sat at the large shared table to enjoy our feast.  A little of the ‘Chinese Vegemite’ (a thick chilli oil) and a splash of soy and we were ready to tuck in. 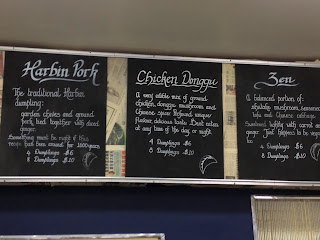 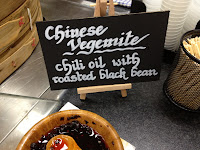 The dumplings are made from typical fillings of pork and chicken, chives and ginger.  There is an unusual vegan option on offer in the form of the Zen dumpling comprising shitake mushrooms, seasoned tofu, Chinese cabbage and carrot.  There’s nothing remarkable about the dumplings but they are flavoursome, juicy and fresh, being made right in front of you.  The Pork Cloud is special.  With a pork, ginger and shallot centre, the bun is supersized compared to other lacklustre offerings in many yum cha restaurants.  Better still, it has a delicious traditional pork bun flavour without the need for bright red food colouring added to the mix.  If you fancy a Pork Cloud on its own, they are only $3 each however, you won’t want to stop at one. 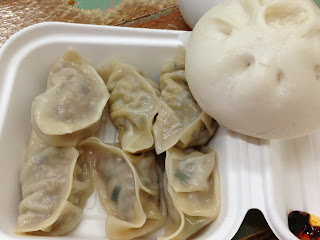 The day I visited, ‘Dim’ and ‘Sum’ were in full swing preparing dumplings for both Chinese New Year and the Street Food Australia Launch, where they had a cart.  They were super busy but more than happy to chat and demo their excellent dumpling making skills.  If you are in the vicinity or spot the Steamed street cart, I’d highly recommend a Pork Cloud or half a dozen dumplings to keep the crouching tiger at bay. 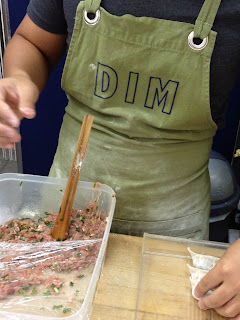 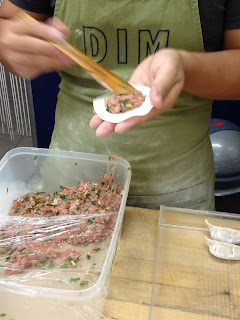 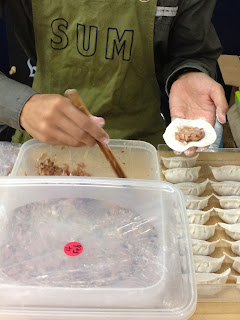 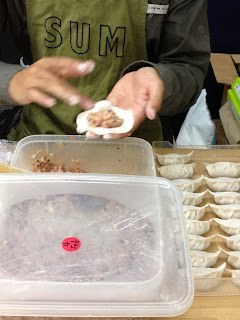