Bound for South Australia – Fork on the Road

Food Trucks.  They’re like, you know, so March 2012.  In Sep 2012, Time Out declared the movement had seemed to ‘stop in it’s tracks’ and yet….  Fast forward to April 2013 and the inaugural Adelaide Food & Wine Festival had partnered up with Adelaide food collective Fork on the Road.  Fork on the Road brings together the roaming food trucks of Adelaide for a coordinated monthly event in one location, circling the trucks in one spot and preparing for an onslaught of hungry truck worshippers. 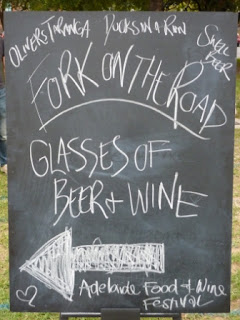 This time, the trucks had laid claim to Light Square in the Adelaide CBD.  I get excited when the Bun Mobile comes down my end of town and I can buy my lunch so you can imagine my excitement at the idea of 35 food trucks in one location for my grazing pleasure.  4998 other Adelaideans felt the same way because that’s how many of them turned up to share a patch of grass with Anthony and I on a recent Friday evening. 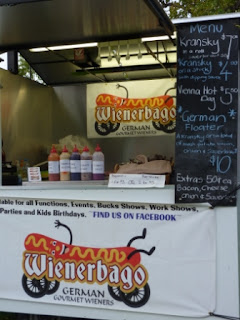 The term food trucks is a loose one.  Sure there were trucks but there were also some old fashioned caravans, converted buses, terrestrial stalls and stands as well as a few hardy pedal power options.  Lots of unusual items on offer too – Cambodian Rolls (a bit like Vietnamese Bánh mì) , Brazilian ‘Crepe on a Stick’ (a bit like a very thin, savoury ice cream cone wrapped around a savoury filling), Maltese Pastizzi (ala Kath & Kim), as well as the more pedestrian but definitely tasty sausages of the world (Weinerbago – take a bow) and as many variations on Mexican as there are states in Mexico.  It was a bit of a meatfest but there were a few vegetarian stalls, many offering ethical and organic options and if all else failed, an ice cream truck.  For the kids big and little there were a few cake stalls, a Mexican ice block stand and a bar.  Prices ranged from around $3 for a snack through to a shade over $10 for a meal.

We arrived not long after kick off at 5pm and by the time we had done the rounds, the crowds had already started to build.  We made a couple of quick selections including a Spicy Lemongrass Beef Cambodian Roll, grabbed a glass of wine and sat down to enjoy our picnic and watch the world wander past in the twilight.  By the time we were ready for round two, there were already a few sell outs including an incredibly popular Pulled Pork Roll with Apple Slaw which I’m still miffed about missing out on.  Round three saw me queuing to order a Chimi Chorizo Roll and by the time it was ready, there were masses of people wandering and gobbling and some fairly lengthy queues forming. 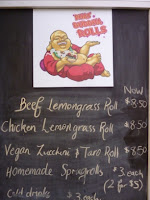 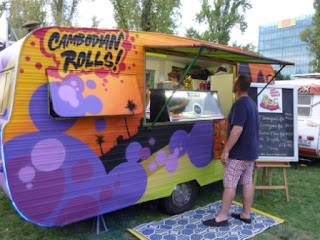 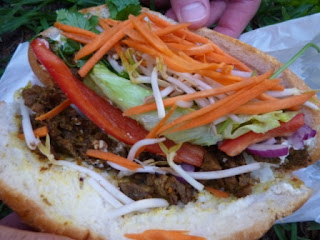 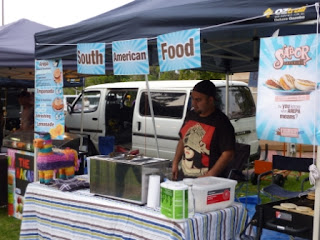 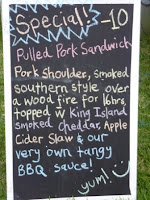 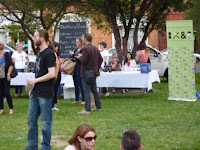 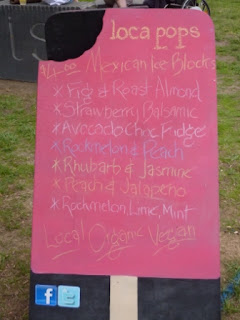 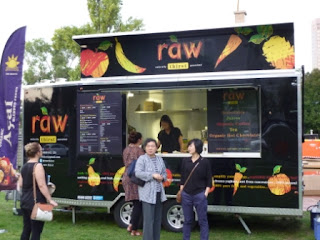 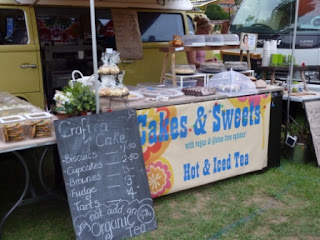 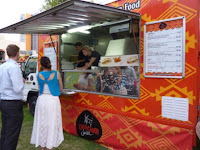 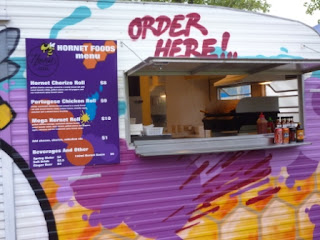 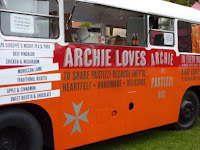 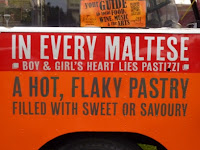 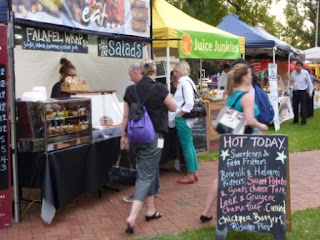 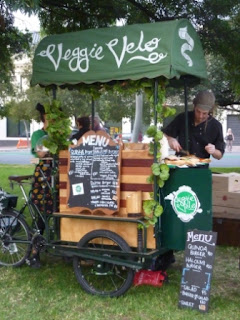 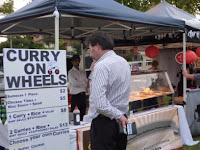 As it started to get darker, some of the vans were a little lacking in the lighting department.  Fairy lights looks cute at dusk but they are not so helpful for customers trying to read the menu in the dark.  I think the thing that saved these vendors was the fact that there were such long queues at some of the other stalls.  We had to head off to another event but not long after we left, some live music kicked off and the crowds continued to swell as Friday afternoon slid into Friday evening and everyone ate and drank their way around the park.

Here are my Fork on the Road Top Tips 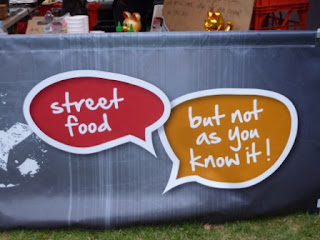