on May 25, 2013 by Fiona Ryan
Filed in: Brisbane, Restaurant Review 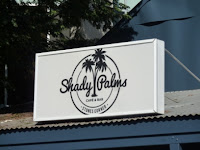 There’s a new kid on the block every week isn’t there? The newest kid on our block is Shady Palms Cafe & Bar in Stones Corner.  Not quite on the block but not far away at all.  Stones Corner is going through its umpteenth urban renewal.  As a Southside stalwart, I’ve seen it as a local bus terminus, through the glory days of outlet shopping, through the lean times when DFO came along, through a glimmer with the short lived Sunday markets and into it’s current phase as edgy, of the moment, local hangout for the cool kids.  Apparently it’s the ‘new Woolloongabba’….

Shady Palms fits the ‘edgy’ bill by being newly installed at the wrong end of Stones Corner, as far as possible away from it’s sister cafe, Lady Marmalade Cafe.  It may sound like a retirement village but it’s a very laid back venture that blends a modern menu with bit of retro and a heavy dose of irony.  It’s a TARDIS like space with main dining room and large bar as you walk in, a small bar and second room out the back and masses of outdoor seating in a courtyard and down the side (Shady Lane).   The decor is eclectic with lots of mismatched furniture with couches for lounging and stools for perching.  There’s fairy lights and cocktail umbrellas, bits and pieces of memorabilia and kitsch artwork.  Certainly plenty to keep you interested until your meals are delivered, which won’t be long at all.  I visited twice over the course of a week, the first time at the start of the cocktail hour and the second time at the tail end of breakfast. 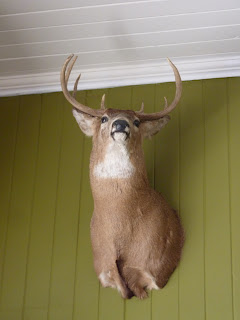 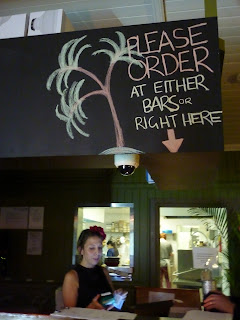 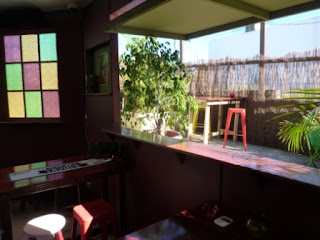 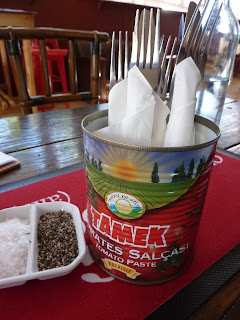 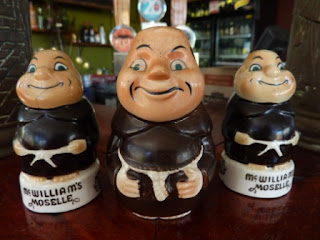 We got in early with drinks on the Friday night as I knew it would be packed due to Lady Marmalade’s popularity and the buzz on social media.  With a hello from the staff as we walked in, we grabbed a seat at the back bar and ordered at the counter.  It’s quite dark out the back so reading the menu is a little challenging.  No doubt it’s all part of the mellow atmosphere but I did laugh when the barman offered a table the use of his mobile to shed some light on the subject.  Food in the evening is ‘Pan American’ though you and I would call it Dude Food.  There’s tacos and sliders as well as some decent looking salads that early diners were chowing down on.  For us, it was something to graze on – Southern Fried Chicken Wings w Chipotle Mayo ($11.50) and a Shredded Beef Po Boy w Salsa, Gooey Cheese, Caramelised Onions & Ranch ($13). 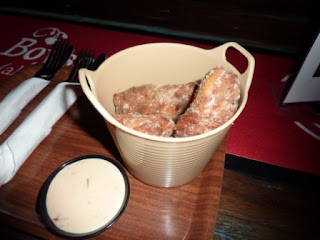 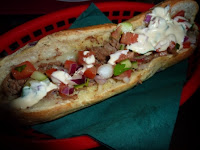 The food arrived in a snappy fashion in those cute little plastic baskets that remind me of a 1950’s diner meal.  I was beginning to wonder where our drinks were.  We had gone the easy road and ordered the advertised a jug of Pimms to share.  I’m sure they guys will make any cocktail you want but it would have been handy to have a list of cocktails to choose from.   The jug eventually turned up midway through our meal.  The Chicken Wings were as expected, crunchy and hot with a nice little dipping sauce.  The perfect snack with drinks.  I’ll have more of them next time I visit.  We split the Po Boy which was tasty and fresh but didn’t have enough pizazz for me.  I recommend it but would try something else on the menu for myself, before I re-ordered it. 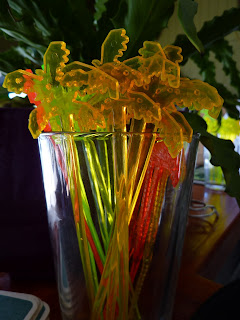 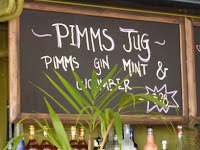 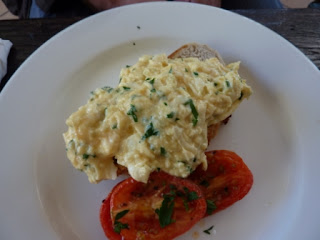 We revisited for a late breakfast on a weekday.  Choosing from the breakfast menu was much easier in the daylight.  And what a menu!  Salted Caramel Granola, Corn Tortillas w Spiced Mince, Salt Cod Croquettes w Chorizo.  It’s varied to say the least and a welcome change from the standards.  Though I was sorely tempted by the Sticky Date, Spiced Pumpkin and Ricotta Pancakes, I plumped for House Made Corn Bread, Maple Bacon w Fried Egg, Tomato, Paprika Sour Cream and Roasted Mushrooms gf ($14.50).  Anthony went for an old favourite of Scrambled Eggs on Sourdough w Roasted Tomato ($12.50).  They were both enjoyable but I think mine was the better choice, with the home made corn bread.  Both meals were the right size for breakfast too.  Not enormous rafts of toast nor minuscule curls of bacon.   In a city where it’s hard nowadays to get a cafe breakfast for less than $20 let alone under $15, these meals were incredibly good value. 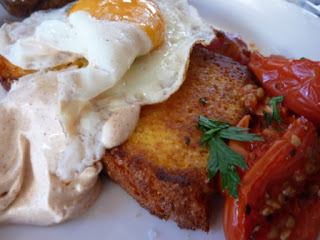 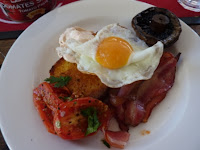 Now when I say the food arrives quickly, I mean zoom!  It couldn’t have been even 10 minutes.  Both times I had a suspicion that we were being served someone else’s meal but no, they were in fact our meals, delivered to the table in record time.  We lucked out by going on a Friday morning as I’m sure the place would be chocka-block on weekends and the meals may take a little longer but Shady really has an eye on good service.

There has been some suggestion from @thewordonfood that I’m a Shady Groupie and yes, she may be right.  It’s in my stamping ground and a very handy stop on the ride home from work.  If things got really messy, it’s only a cheap cab fare home.  It’s a bit like a bar, a bit like a cafe and a bit like being in your parents rumpus room.  I’ll be back.
A Shady Groupie 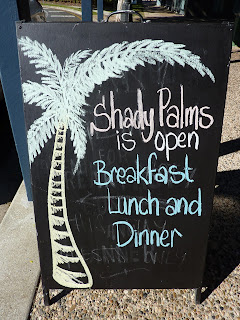