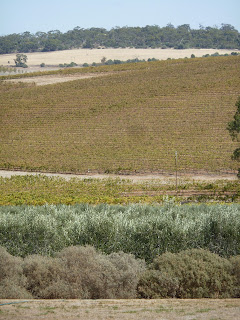 Many of my South Australian adventures focus on the Barossa Valley, as we visit the Vintage Festival every two years at Easter. The 2013 Festival was no different however we decided that it was time to start visiting some of the other districts and this year, that included the Clare Valley.  Famous for it’s cool climate Riesling, it also has plenty of other items of interest to keep the traveller engaged and to give the liver a well earned rest.

On a non tasting day, we decided to visit Martindale Hall, where Picnic at Hanging Rock was filmed in 1975.  After all of our visits to National Trust properties in the UK, we were interested to see what the Hall had to offer. Unfortunately, the Hall had other plans that day which included its annual 2 week closure for maintenance, just prior to the school holidays.  We headed down the dusty road, looping back towards the main highway when we saw a small sign for Olive Oil sales. 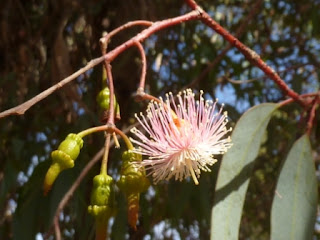 As we headed up the gravel driveway, there was a large grove of olives to our right with a view out to the hills beyond.  At the top of the crest we could see a fabulous modern house, constructed of corrugated iron and glass, making the best of the views.  Beyond that we could see Phillip, hanging out the washing (a farmer’s work is never done).

Phil wandered over to greet us and took us into a small outbuilding which served as the display and tasting room for Warrick Grove. A simple plate of oil and a few pieces of bread were proffered for tasting.  The olives are picked on the property and pressed locally, to produce certified Extra Virgin Olive Oil.  The hue is deep green and the taste is herbal and peppery.  There’s nothing retiring about this oil – it’s for dipping and dressing rather than receding into the background in a dish. 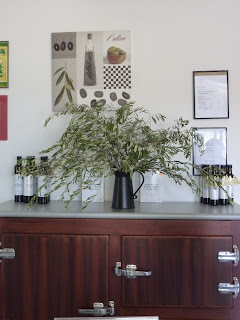 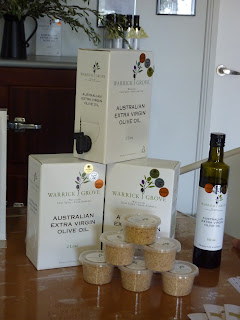 As we dipped and tasted, we chatted to Phil about his farm.  He and Grier Warrick purchased the land just over 10 years ago and retired to the beautiful Clare Valley with thoughts of a tree change. In 2005 the first trees were planted and after that, there’s been a steady growth in the business.  Phil was particularly proud of recent success in exporting to Asia including a highly rewarding foray into Japan where the oil was awarded a Gold Medal at an International Olive Oil Competition in 2012. 2013 though, has been a tough year for the crop.  An extremely hot summer (even by South Australian standards) has meant a low yield on the trees and when we visited, many had yet to be picked to render as much oil as possible from each small olive. 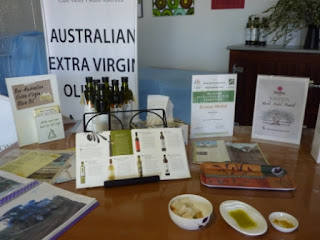 If you’re in the vicinity, take a visit to the grove, meet the grower, buy some bargain priced oil (a 2lt cask is only $25) and support a local farmer and business.  Warrick Grove is also available in a variety of South Australian outlets and used at a number of local restaurants. 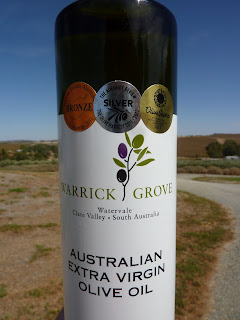 After buying 500ml of Extra Virgin at the Farm gate price of only $10, we took one last view over the valley and headed off.  A wonderful and unexpected interlude on our wanderings. 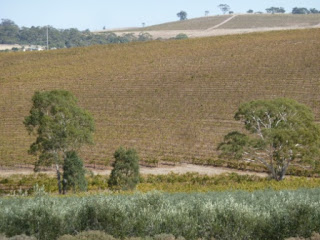