on September 17, 2013 by Fiona Ryan
Filed in: Brisbane, Restaurant Review 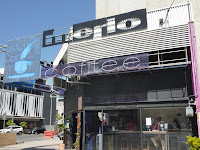 Gosh! I remember when the first Bar Merlo coffee shop opened up in lower Queen St in the CBD. Well before chain store coffee shops or even artisan single origin beans were on the scene, Merlo were producing fantastic coffee as well as feeding sweet and savoury Italian snacks to office workers. You had to queue and queue for your coffee or table but it was worth it for really good quality, freshly roasted coffee. In those days, you often saw Dean Merlo making coffee and clearing tables as he brought the business to life.  In fact that little coffee bar was the first (yes, the first!) to be granted a licence to have footpath dining in Brisbane and, they had to fight for it. 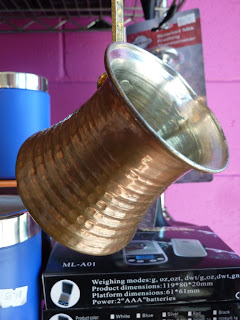 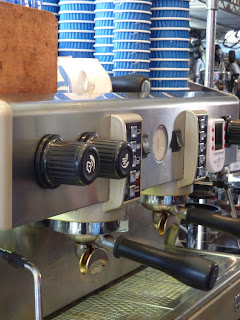 Time has moved on, we’re all a little older, Dean’s a little greyer, we’ve witnessed the rise of coffee culture in Australia and there’s a lot more tables and chairs on footpaths across Brisbane. Nowadays, Merlo is a veritable empire with coffee carts (‘Merlo-a-go-go’) and six Bar Merlos. There’s also half a dozen Merlo Torrefaziones, which are roasting houses, strategically dotted throughout Brisbane so that locals can get a fix of freshly roasted coffee and beans without having to leave the neighbourhood.

I was therefore thrilled to be invited* along to the launch of Merlo’s ‘Shakerato’ concept. Caffe Shakerato is the summer staple sweeping through the coffee bars of Italy and it’s on the march. The Italians are mad for it and even though there isn’t a ‘K’ in the Italian alphabet, it’s still found it’s way into the name of this icy treat. New York has fallen under it’s spell and Australia is next.  Dean decided that it was time to introduce locals to Shakerato. Merlo isn’t taking credit for inventing Shakerato but in the same way that once upon a time, no one here had ever heard of cappuccino, he’s introducing a new drink to thirsty Queenslanders. 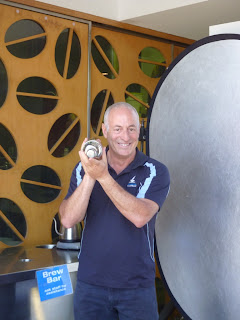 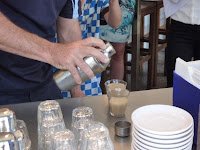 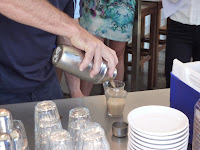 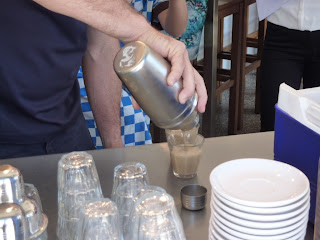 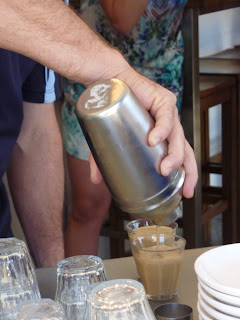 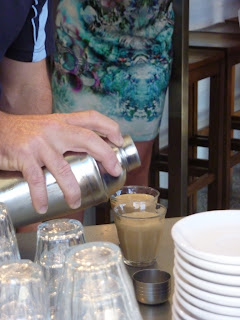 Once assembled at the McLachlan St Torrefazione, Dean and his baristas started turning out the Shakeratos. Shakerato is an espresso shaken over ice with sweetened milk. Coffee for summer! If it was as simple as throwing some milky espresso on ice, everyone would be at it (and they may be soon enough) but at the heart of the Shakerato is good coffee.  A shot of quality espresso into a cocktail shaker over ice, sweetened milk added, a quick shake to chill the coffee and splinter the ice and then poured straight into a piccolo glass. 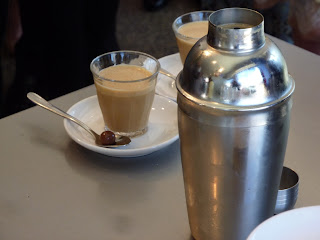 The Italian habit at coffee bars is to order, stand at a high table to drink the coffee in two or three quick sips and then leave – all done with a few minutes. Espresso in the morning, Shakerato in the afternoon. The little piccolo Shakeratos are easy to knock back.  You’re getting a full shot of coffee with decent spike of sugar to get you through the long summer afternoon ahead. 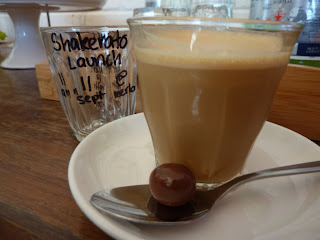 Shakerato is now available to order every day, after midday at all Bar Merlo and Merlo Torrefaziones. 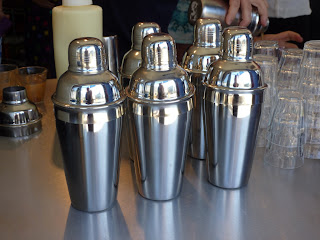