on November 29, 2013 by Fiona Ryan
Filed in: Restaurant Review

Ping Pong. You read those words and were transported to your parents’ rumpus room under the house weren’t you? Or your neighbour’s garage. You were in the longest running tournament ever with your younger brother. It went all Summer long. The handles of the bats were just a little bit sticky because you both gripped the bat so hard. You were playing for Zooper Dooper ice blocks and you were going to win the purple one, no matter what! No? Not your childhood? Too bad! But Ping Pong has changed my friends. As a cheap and relatively harmless injection of fun into an evening of drinks and food, the bearded, skinny jeaned, bespectacled hipster dudes have deemed that Ping Pong is once again cool (if cool is in fact a hipster word). You can visit bars such as Dr Pong in Berlin and Ping in London and see Ping Pong tables taking up valuable seating space. There are tournament listings and rankings dotting the walls and though I haven’t witnessed it, I’m sure there’s a line of 50p pieces on the bar, indicating your place in the queue for a table. 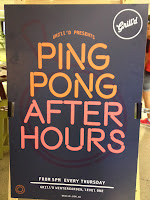 Grill’d contacted me* a few weeks ago to let me know about the extra sizzle their adding to meals in their Wintergarden store. Yep, you guessed it. Ping Pong. The Wintergarden store is a large one, a flagship store. I chatted to manager Jamie and he told me that the venue has been booked out a few times for casual hipster (my words) weddings (his words).  On Thursday evenings over the Summer you can drop in, order a burger and drink from the bar and then head up the back to the tables for some competitive paddle work. A DJ, some mood lighting and assorted stray ping pong balls that have escaped into corners, add to the atmosphere. 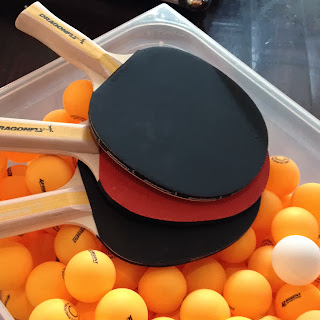 I enjoyed a Baa Baa burger which is, as you would have surmised, a lamb burger. This is an unusual choice for me as I’m not typically a fan of lamb but the first time I ever had a Grill’d burger, it was the Baa Baa and it didn’t disappoint. With lamb, avocado, cheese, relish and herbed mayo, it’s a winner. There’s also the obligatory Thick Cut Chips tossed in a herb mix. I didn’t have many of them as Mr Tiffin was busy dipping them in the sauce selection to sample various flavour combos. With a serve of a very large burger and chips for less than $17, this is a fast and fresh meal.  Truth be told I normally split the burger with someone but in the interests of the Ping Pong experience, I ate a whole one. 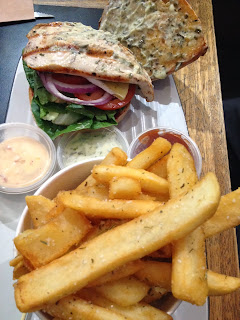 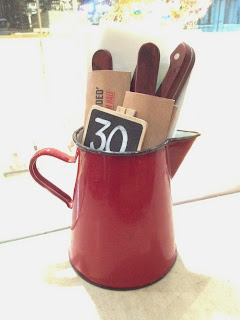 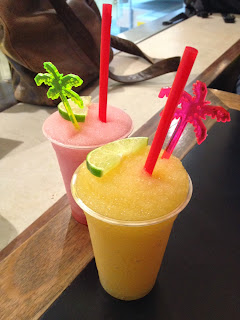 And so, on to the Ping Pong. As soon as the first ball hit the table and there was the unmistakable hollow echo, I was transported.  Unfortunately, I’m not match fit so I spent a lot of time scrambling around, picking the ball up from the ground. Luckily I wasn’t playing for a purple Zooper Dooper. I retired graciously and handed my bat to a bright young thing who clearly had too much time on his hands as not only was he smashing the opposition, he was actually keeping score. 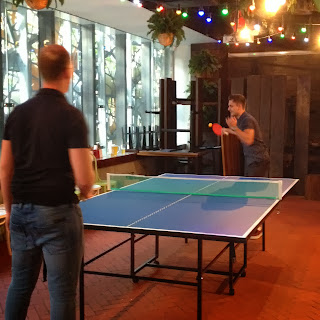 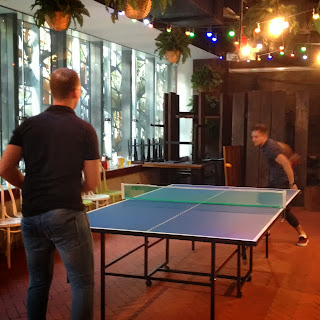 If you haven’t been to Grill’d for a while – have another look at the menu. They have some new items such as sliders and with the festive season upon us, perhaps some Ping Pong Up Late with work colleagues or friends is in order. Just watch out for the dude in the skinny jeans. Cool, cool.

*TIFFIN attended Ping Pong After Hours as a media and ball chasing guest of Grill’d. 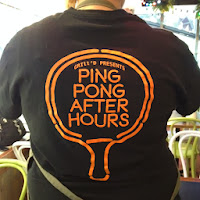