on January 18, 2014 by Fiona Ryan
Filed in: Brisbane, Restaurant Review 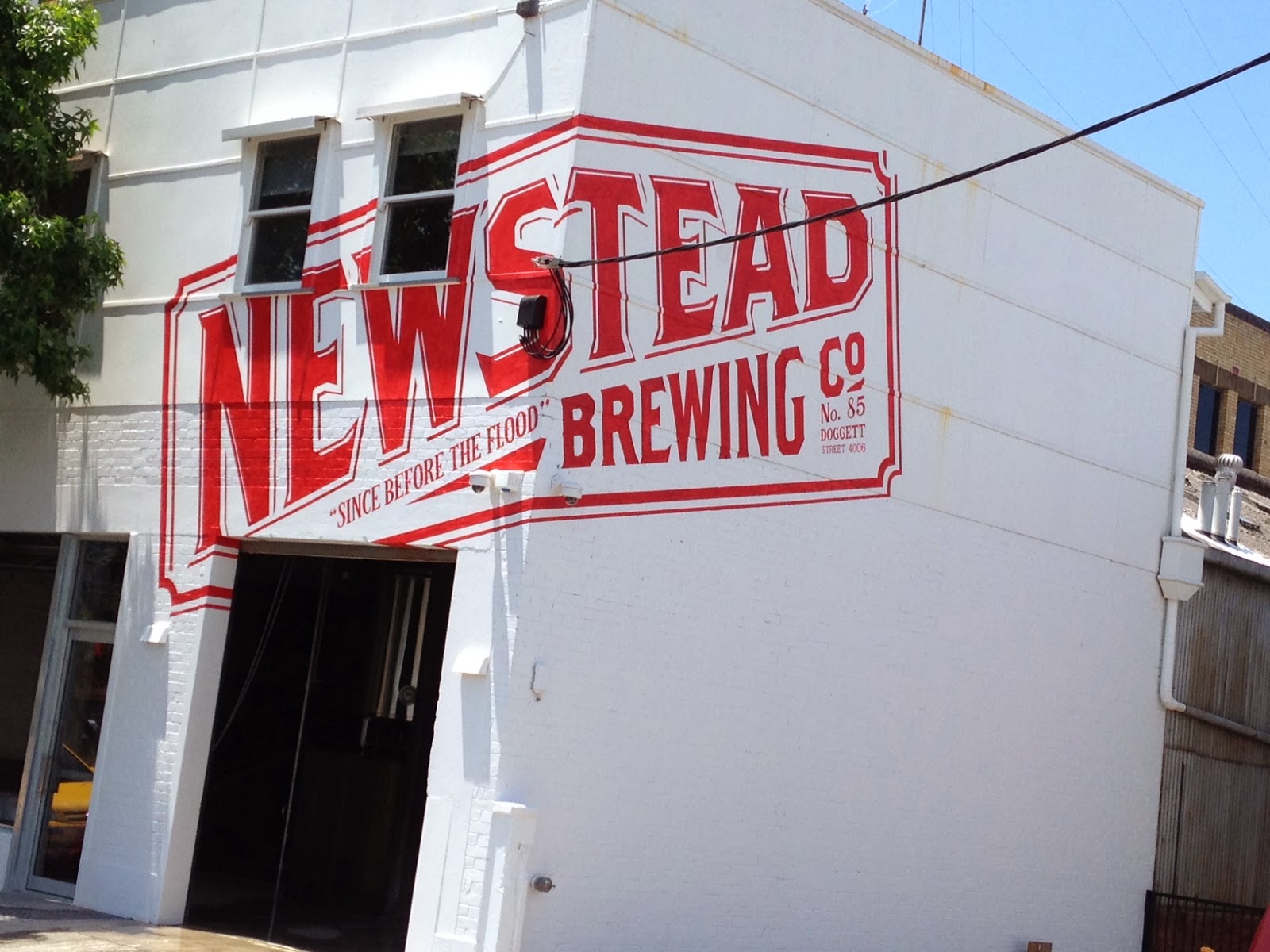 Hot on the heels of the Polar Vortex, I bring you the Liquid Amber Vortex. I’m not quite sure what it is about Newstead and Tenneriffe but the area seems to be a magnet for micro breweries and craft beer pubs. Green Beacon Brewing and Tippler’s Tap paved the way and now Newstead Brewing Co has arrived. Established, the tag line says ‘Since Before The Flood’.

A bus depot at one time, it has retained its ‘garage chic’ with exposed beams and tin roof, flaking paint on walls and the brew tanks perched on the edge of the maintenance pit. The week before Christmas, the joint was jumping. None of us had thought to book but that didn’t stop the helpful bar staff from setting up a table for us in the loading dock. Order at the counter when you buy your drinks and they’ll deliver to your table. 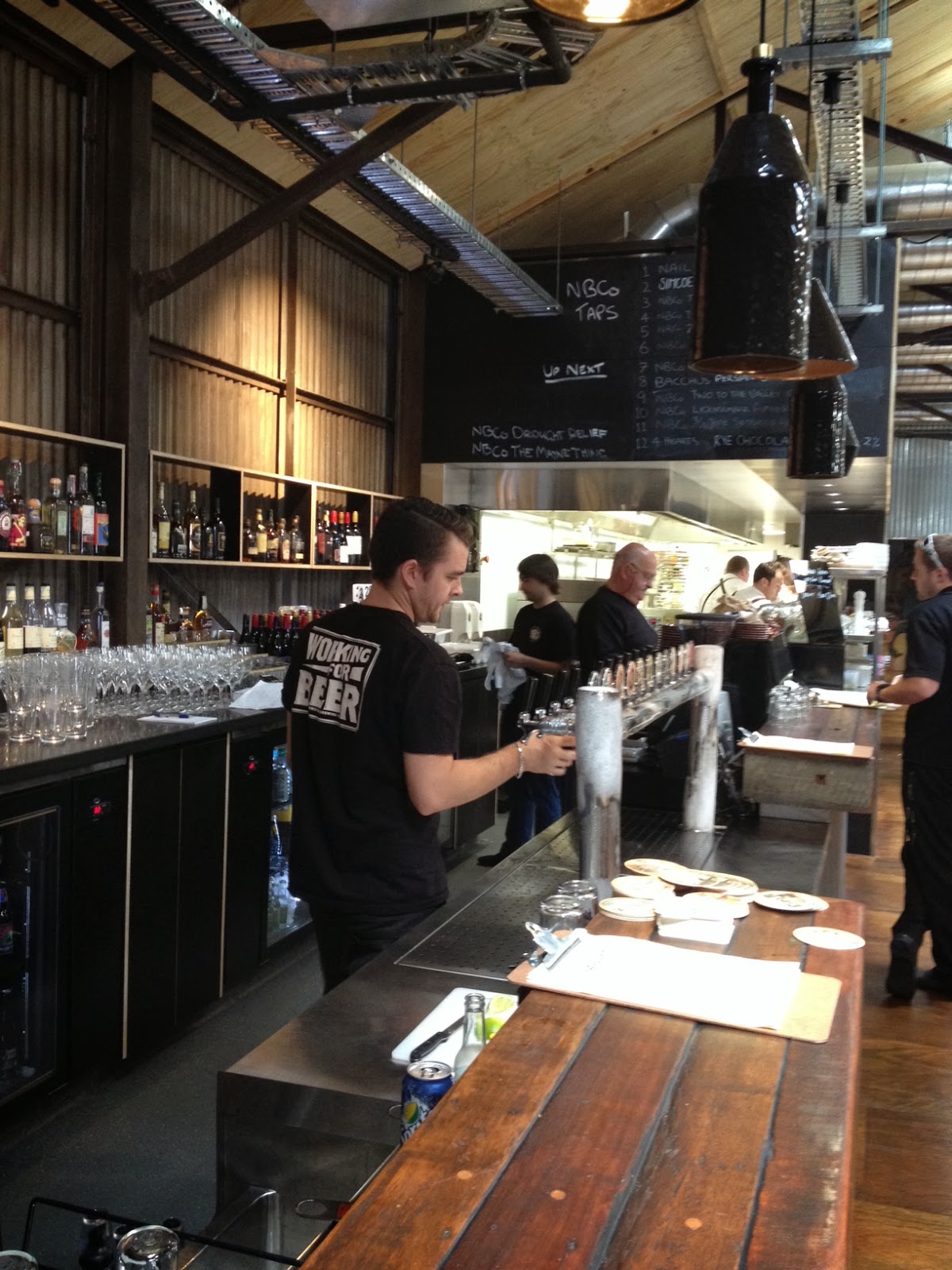 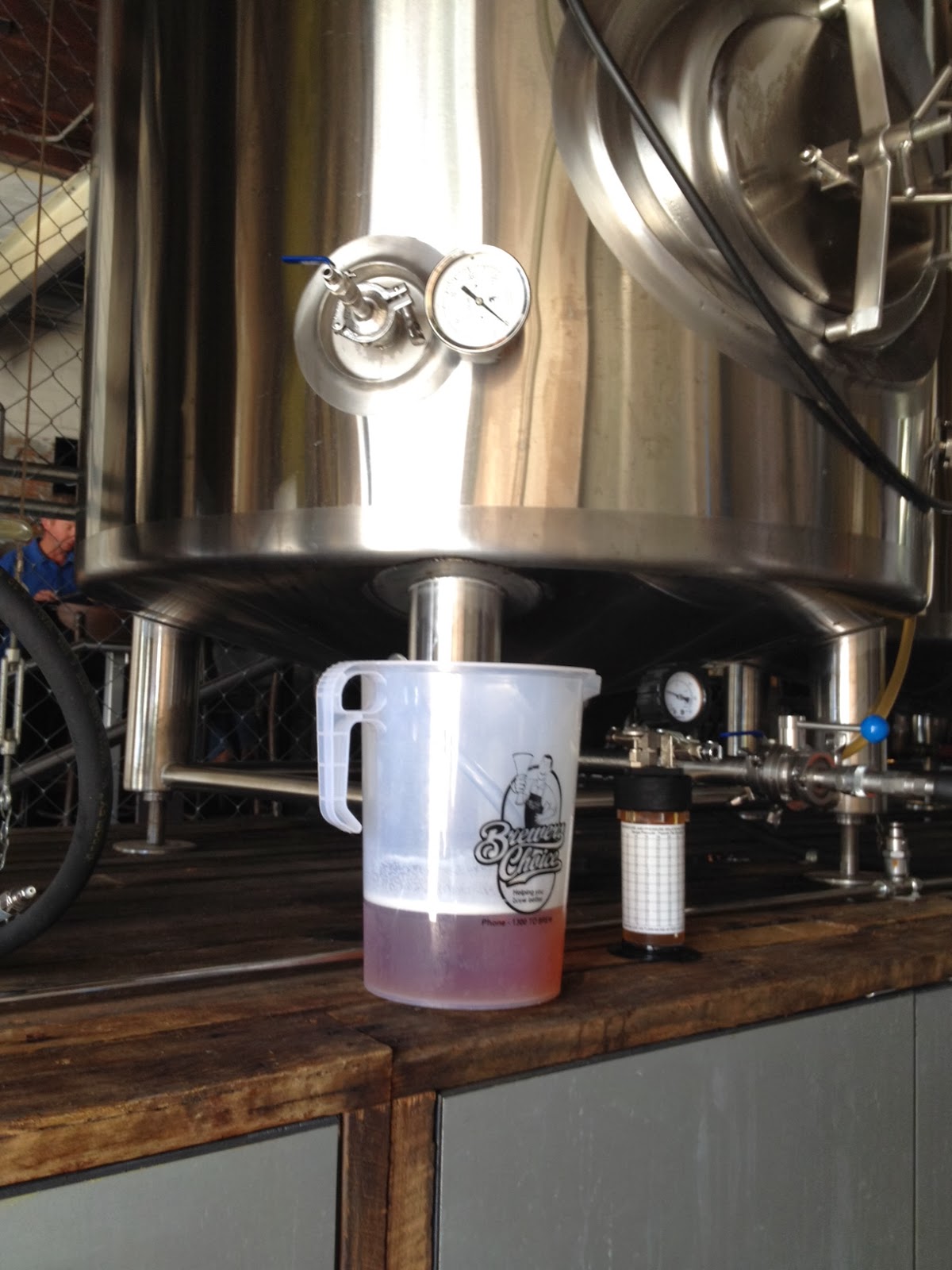 There’s a good selection of bar snacks, sandwiches and pizzas as well as some mains. I went for a Corn Beef Sanga ($13) and a schooner of Johnno Cider that was on tap. A welcome lunch on a hot day. The ‘sanga’ actually turned out to be corned beef and home made coleslaw on a slightly toasted brioche roll. The brioche was warm but the meat was almost but not quite, fridge cold. The coleslaw was crunchy and not too sweet and the corned beef was thickly sliced from a full piece rather than thin, mass manufactured slices. It came on the requisite wooden platter that pubs are so fond of with a pile of tiny cornichons. I let the sandwich stand for a few minutes until the chill came off the meat and tackled the cider. Very pale, not too sweet or overly carbonated and lethal at 6.2%, the strongest of all the brews currently being made. After a few gulps of this, I was very thankful I had the sandwich as it helped (somewhat) to soak up the alcohol. 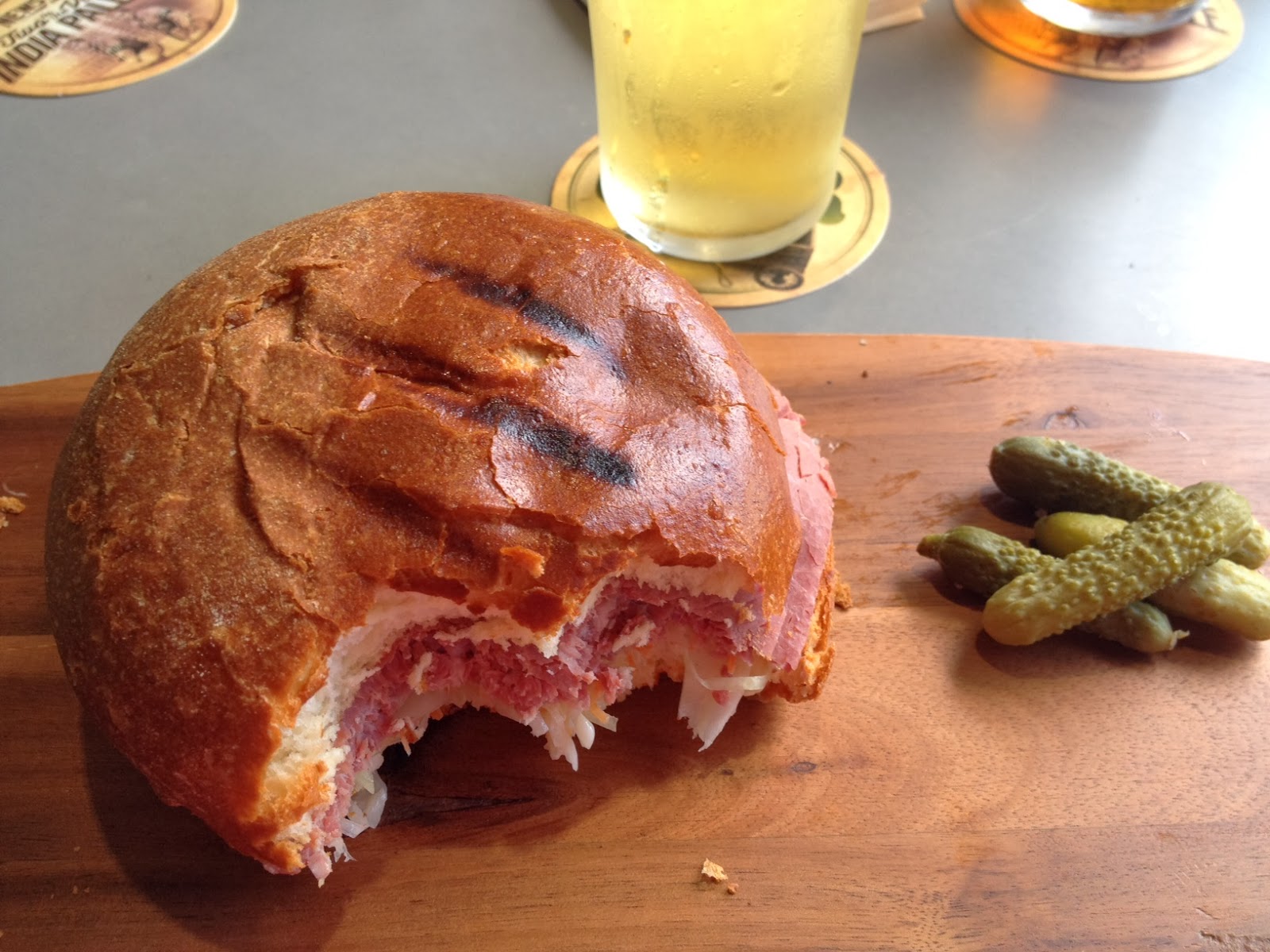 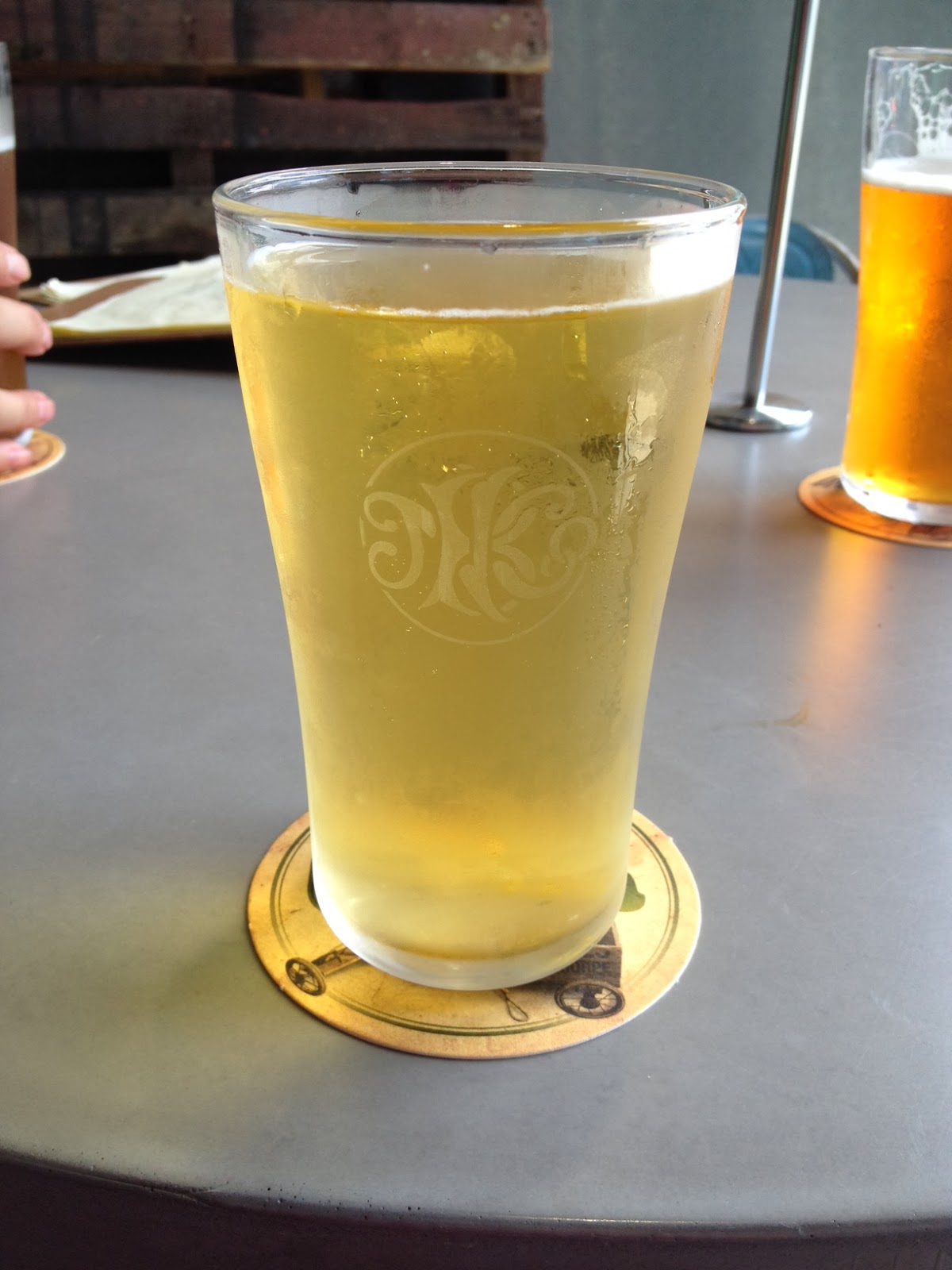 Others chose mains including the Steak, Warm Potato Salad & Bernaise ($28) ‘It’s good. It’s a steak. It’s what you’d expect.’, Chicken Speck, Forest Mushrooms, Mac & Cheese ($19) ‘Prettier on the plate than I expected and tastes great.’ and Lamb Pie, Eggplant Caviar & Kale ($19) ‘$19 for a pie?’. In the end, $19 for a pie actually turned out to be a pithivier with golden egg glaze containing a saucy, tender shredded lamb filling. Much enjoyed by those who has ordered it. Perhaps a little more explanation on the menu wouldn’t make it such a lucky dip when ordering as almost nothing when it arrived, was as expected. I can’t comment on the beers but they seemed to be going down at an alarming rate of knots so they must have been fine. 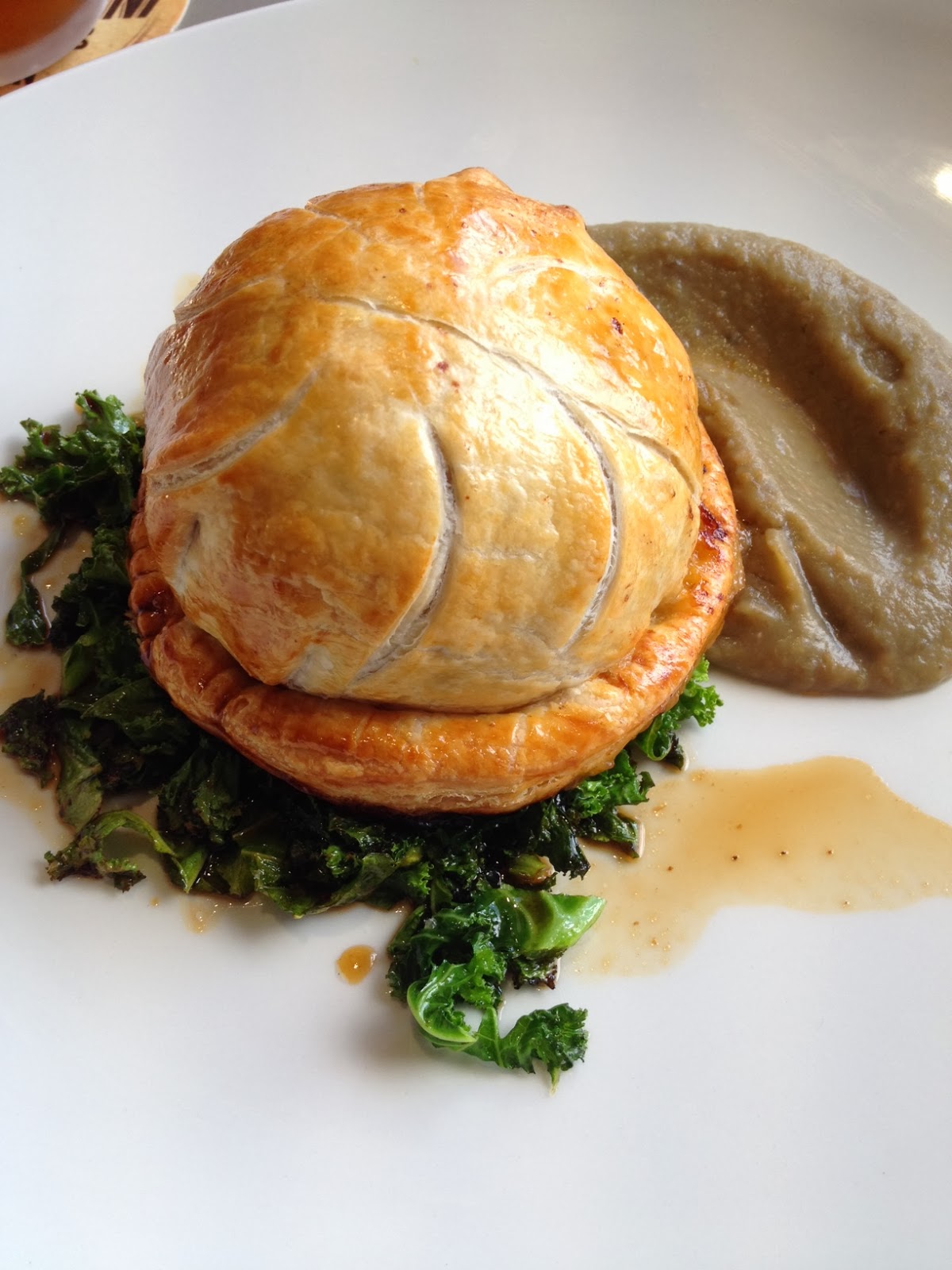 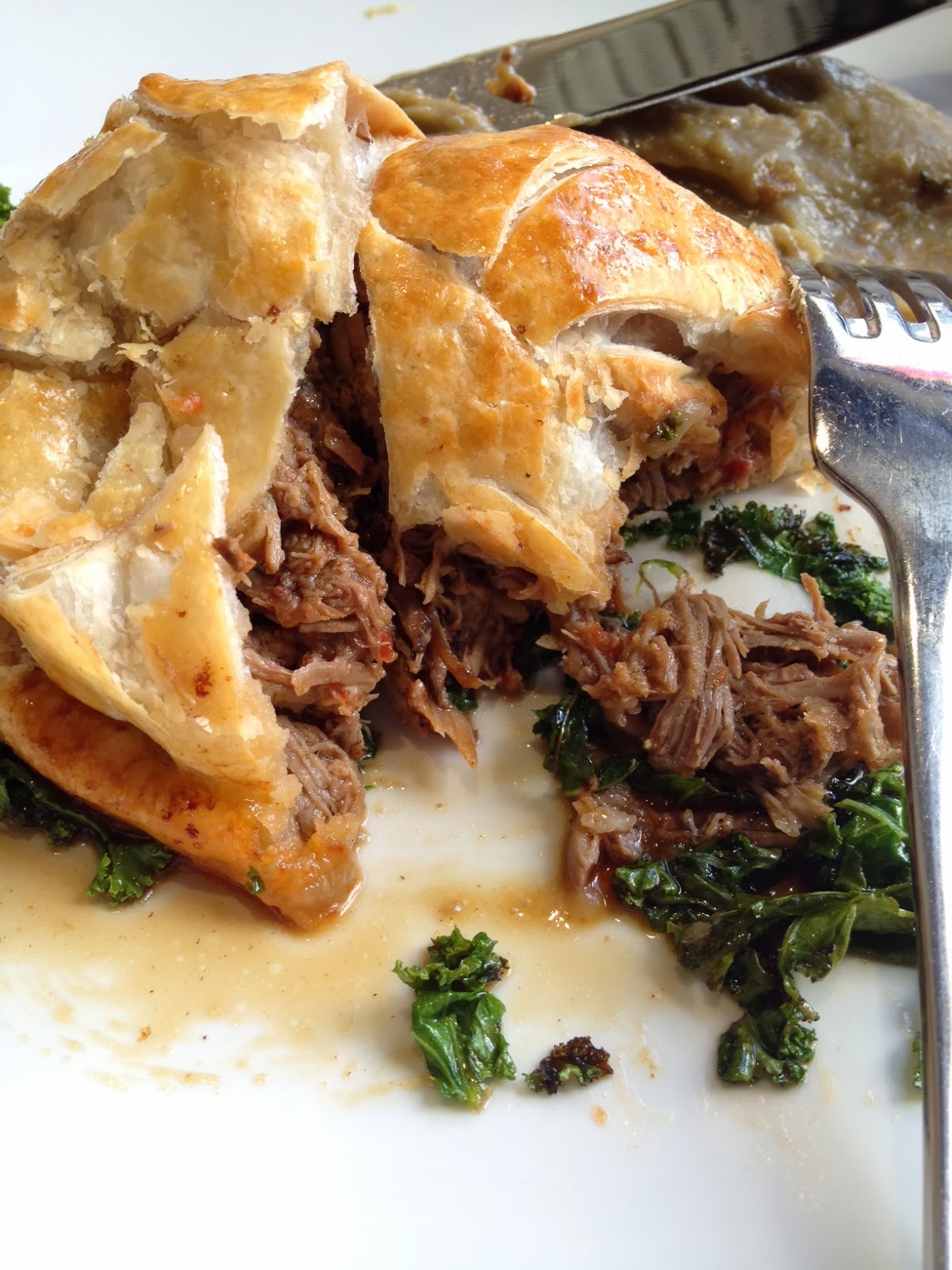 Some prices seem a little steep such as $6.60 for almonds but almost all meals are under $20 with the exception of the steaks, that are under $30. Whilst I was at the bar, I saw some hot baked pretzels ($6) coming out of the oven that made me regret not ordering one. Butcher’s Candy (pork crackling) was unavailable on the day I visited but is an excuse to go back. It’s such a pity I don’t like beer. It’s cheap, there are endless varieties and you can get it basically anywhere in the world. Still, I don’t like it. Yet, I seem to end up at bars and pubs where the major focus is beer on a regular basis. None the less, this is a welcome addition to the suburb. 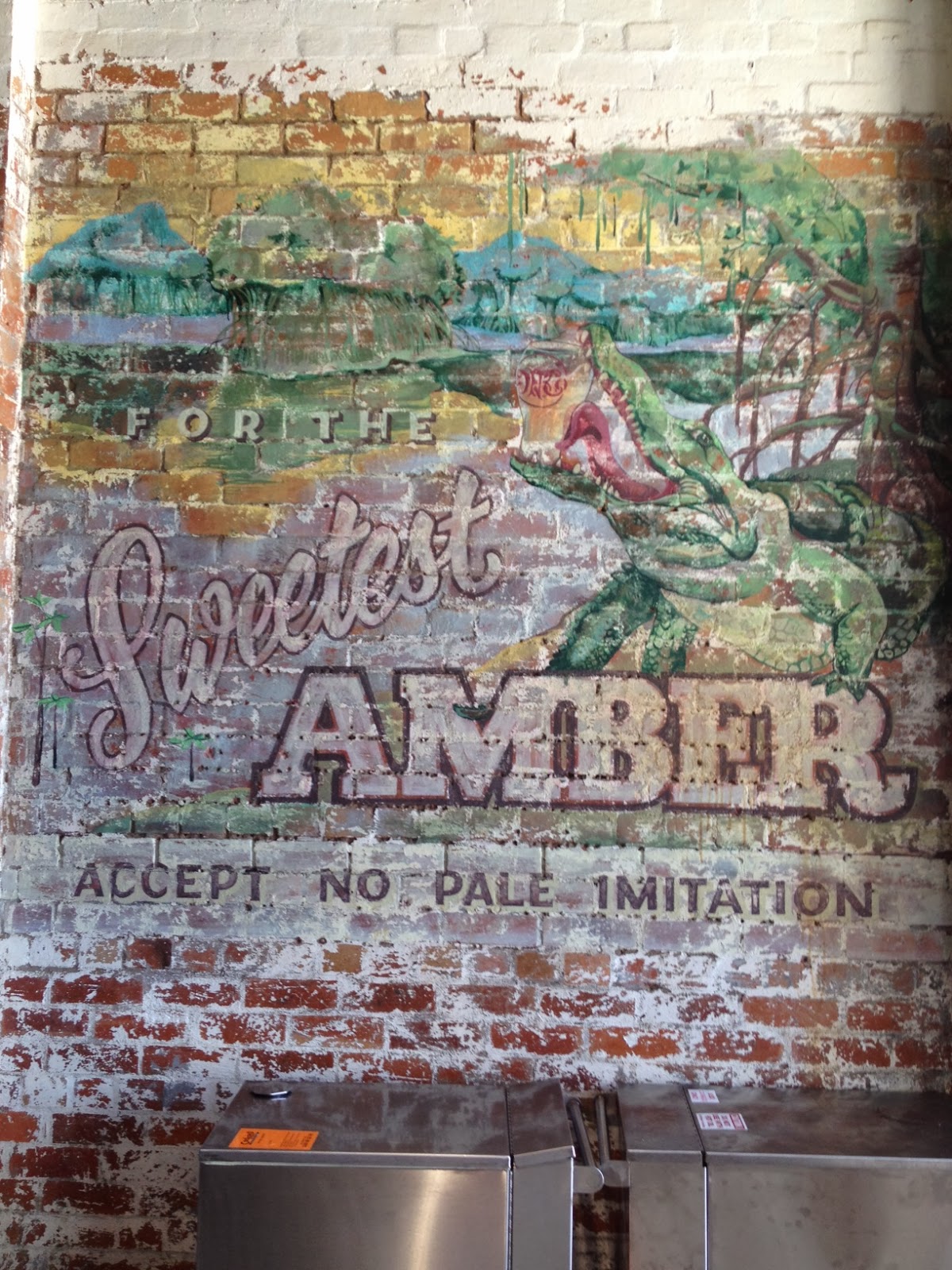 Previous post: Welsh Potato Cakes – The Only Cookbook in the Village Random Recipes #36