Local &/or General – The Loaded Shot

on August 5, 2014 by Fiona Ryan
Filed in: Brisbane, Restaurant Review

Though it’s been a while since I have written a Local &/or General post, there’s plenty of activity in the suburb. The set of shops at the local express bus stop is a day by day proposition for most businesses. Once upon a time it would have been a thriving terminus for trams travelling from Stones Corner to Belmont and in fact, you can still see the tram tracks running down part of Old Cleveland Rd. People would have walked to the hub from surrounding streets to buy their groceries or made their purchases as they hopped off the tram. Then Brisbane grew up, the trams were withdrawn, families started to buy cars, women started working full-time and then there was the rise of the supermarket. Slowly, slowly, the Camp Hill shops turned into a ghost town. There are still some vestiges of the past including Salms Butchery who never seems to have any customers but is celebrating its 100th anniversary this year and, Berlinda Beauty, who provides services to the dwindling population who like to get their hair set once a week.  There is a new business though that’s making a go of it. The Loaded Shot Espresso. 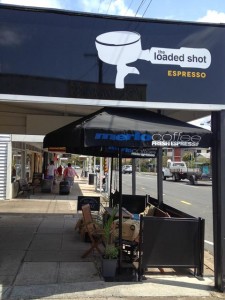 The Loaded Shot Espresso resides in a tiny shop that’s actually been home to two or three coffee shops but this one has stuck. They have just turned 1 and show no signs of stopping. Their main stock in trade is the peak hour morning rush with many coffees to go for those at the bus stop and, Saturday mornings where the pace is much more relaxed but still brisk. Despite being on a busy main road, there’s just something about this place that’s inviting. It must be said that at $4.20 for a large takeaway, you aren’t getting a suburban bargain with pricing the equivalent to a CBD coffee. Still, there’s time to pull up a seat and browse the papers or watch the constant flow of customers who pop in and out. Just down the road is the Langri Tangpa Buddhist Centre and whilst I can’t exactly pinpoint the Buddhist philosophy on coffee, I can tell you that the Buddhist Nun that frequents Loaded Shot is clearly fuelled on caffeine. 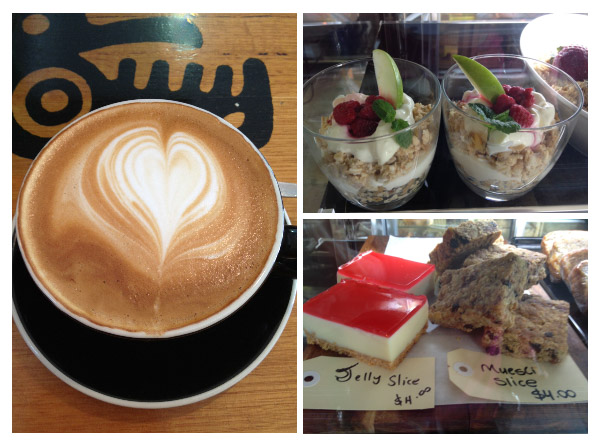 A big plus is that they use Queensland legends Merlo Coffee, of which I’m a fan. Another plus is that all food is genuinely hand made on site. The cakes and light breakfasts on offer are much more inviting than the ‘buy ins’ that many cafés pass off as their own. And when was the last time you saw a jelly slice? That’s worth the price of admission alone. But the biggest plus of all must surely be service with a smile. No matter how busy it gets, you are always greeted with a friendly face and a ‘can do’ attitude. You know that they’ll get your coffee order right. You know they won’t forget you. They just get it and that’s what has kept this place going when others have failed. 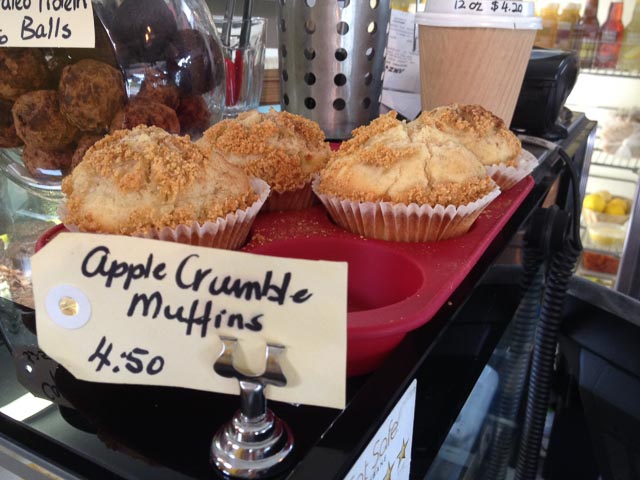