The other day I was in my old stamping ground and noted that Chinese Garden, the local Chinese restaurant, was still going strong. With its fabulous green tiled roof and red pillars, it was quite upmarket as far as Chinese restaurants went in the 1970’s. With a reception area, flocked wallpaper, linen table cloths, huge lazy Susans and nary an out of date calendar in sight, it was run by a family of Hong Kong rather than mainland Chinese. The food was Cantonese style. We always had Chicken and Almond and, Beef and Black Bean. Distinctly non Cantonese Sizzling Mongolian Lamb arrived at the table with a flourish on a regular basis. We never had Sweet and Sour Pork as that was a dish for the those who didn’t know any better. Whether we had spring rolls as an entrée is lost in the mists of time. Deep fried ice cream was for special occasions. Fortune cookies were unheard of.

My brother and I learned how to use chopsticks from a very young age and my Dad taught my brother’s friend (actor Grant Bowler) how to use them too, practicing picking up a box of matches whilst we waited for our meal. We were amazed that Grant didn’t know how to use chopsticks. We thought everyone knew how to use them. Though we certainly didn’t visit every week when I look back now, I realise how unusual it would have been for a limited income family to dine out on a semi regular basis. I asked Mr Tiffin only the other day if he went to restaurants when he was a kid. He looked at me like I was born with a silver chopstick in my mouth. My parents were obviously cutting edge.

A fourteen, a seven, a nine & lychees…
Fast forward a good few years and the world of Chinese food in Australia is quite different. We now know that ‘Chinese Food’ can be from any number of regions or provinces, each with their own specialties. None as far as I’m aware, fly the flag for Chop Suey. Nearby Sunnybank houses the biggest concentration of Chinese and East Asian communities in Queensland. More Chinese restaurants in one suburb than the rest of Brisbane combined. These are ‘the real’ restaurants. Where locals and ex-pats come to dine on black fungus and shredded jelly fish. There’s still plenty of special fried rice and lemon chicken on menus but the wave of Asian immigrants has vastly improved our knowledge of and exposure to unusual ingredients and new flavours. 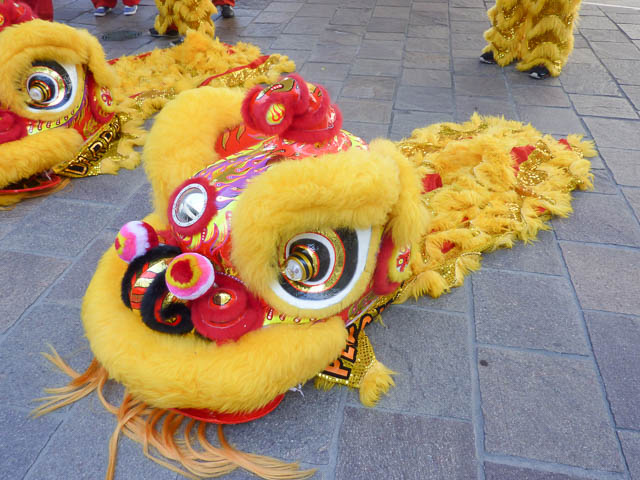 Happy New Year To The Monkeys

The recipe for steamed buns is inspired by recipes from Jamie Oliver and Charmaine Solomon. It is quick to prepare, easy to cook and generates gasps of ‘Wow’ when the lid of the steamer if removed at the table. Enjoy them as part of an Asian banquet to celebrate the Lunar New Year or as its more commonly known, Chinese New Year which is on the 8th February in 2016. I normally make steamed buns as a vegetarian accompaniment but you can add some cooked meat to the filling if you wish. You’ll need a bamboo steamer to successfully cook these. They are cheap and readily obtainable at Asian grocers as well as some large supermarkets and homewares store. I have also purchased a large one that had never been used, from an op (thrift) shop. The steamed buns are really only good when they are made though I have quickly reheated them with some success in the microwave the next day. 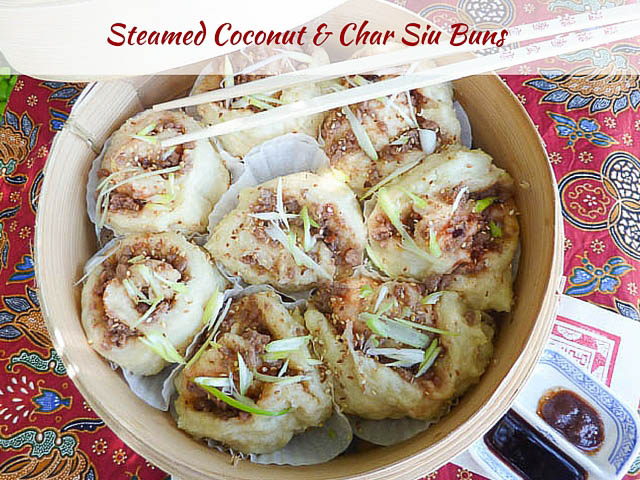 Do you have any recollections of favourite family restaurant meals or dining destinations from when you were younger? Will you be giving these steamed buns a go?

Previous post: In The Tiffin Box VII + How To Make Coffee Salt Scrub