As I was looking out of my office window, I noticed a curl of blue smoke coming out of one of the small chimneys across the road at Central Station. It piqued my interest as I thought it unlikely that in these rules driven, workplace health and safety times that the building would have any working fireplaces. Walking over to the station revealed that the smoke was in fact a piece of street art. I had to know more. 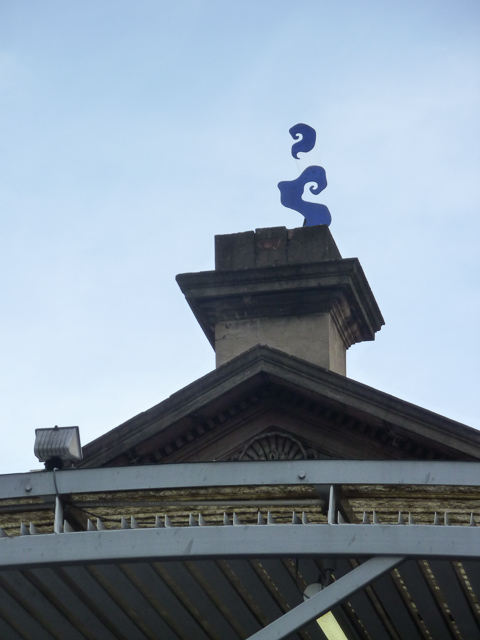 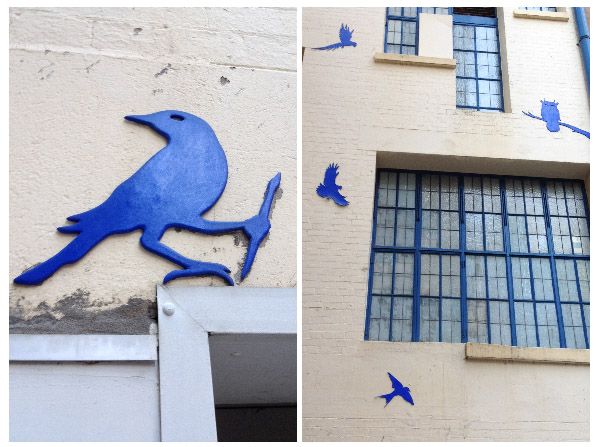 Typically, the art installations are small sculptural pieces that are placed in out of the way locations. They may be hidden in a laneway or under a bridge as well as in more breathtaking locations such as the parapets of buildings or on top of security cameras. The art is whimsical and meant to amuse. Created in Blu Art Xinja’s workshop, the pieces are cut from hardboard and painted and sealed with his or her signature acrylic Blu™. I can’t tell you much more about Blu Art Xinja for, as is the way of the Ninja, s/he is covert and secretive. 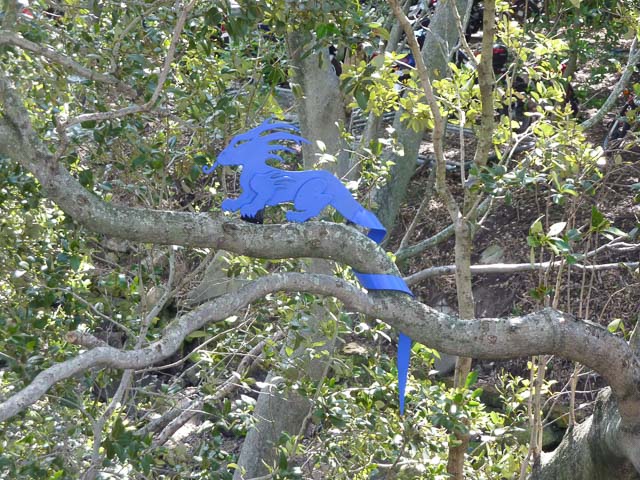 You can find Blu Art Xinja’s pieces all across Brisbane, and even further afield in Melbourne and NZ. The installations are affixed with the greatest of care to ensure that heritage buildings or objects aren’t damaged. Sometimes they are removed by the owners of buildings or fall pray to development and very occasionally, the weather plays a part. Blu has become a bit of an underground art celebrity and, like Banksy, the artwork has suffered as a result. People selfishly remove (steal) pieces affixed to more accessible location rather than leaving them for all to enjoy. Sometimes Blu Art Xinja replaces these, only to have them stolen again. Occasionally, Blu makes up some extra pieces to sell. They can be bought at very modest prices so that you too can have an official piece of Blu.

High above the Mall | Damaged at the Conservatorium 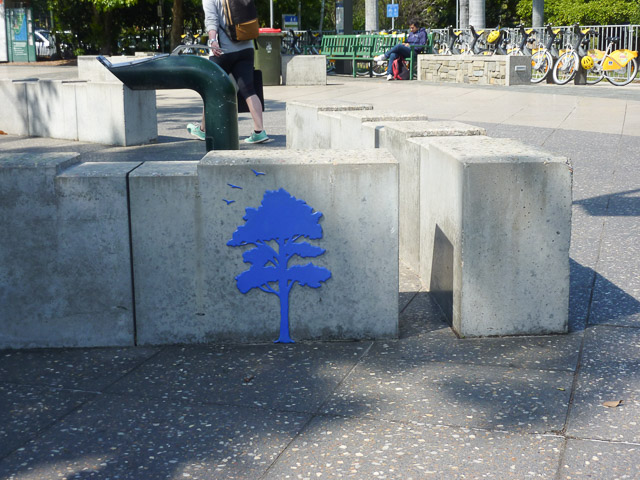 Visit Blu Art Xinja’s Facebook page so you can learn more about where pieces are located and then take yourself on a walking tour of Brisbane to spot them.

*Looking for somewhere to stay in Brisbane? Visit the Hotels Combined website via this link to search all of your accommodation options in one place. This is an affiliate link – I will receive a small commission (at no extra cost to you) from any purchases made via the link.