*Despite having travelled extensively, I found this month a bit of a challenge. As a result, I spent a lovely afternoon flipping through photos of holidays past. Then I uncovered this beauty.  This month:

Denver was one of the few large cities we stayed in on our last visit to the US. It was mainly national parks and one horse towns so it was nice to stay in the big smoke for a few days. In autumn, leafy Denver turns a golden hue. The CBD is quite sprawling, making it a good walking city. There are ‘good’ and ‘bad’ parts of town. Union Station is in a former bad part of town, with vacant, decaying buildings and ne’er do wells. Literally the wrong side of the tracks. But like many large cities, a program of urban renewal has meant the station is being transformed into a hip part of town. 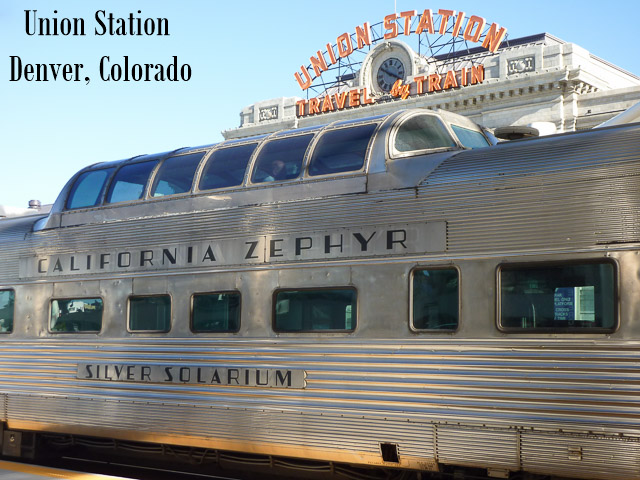 The station itself has been renovated with part of the building now housing the sumptuous Crawford Hotel. Much of the transport hub is now underground in a modern station but this glorious train was parked at the front of the station, waiting to take its passengers on to Chicago. The California Zephyr is dubbed ‘the most talked about train in America’ and I can see why. Isn’t she beautiful? The Silver Solarium houses 3 bedrooms, a drawing room an observation lounge and bar. Talk about the glory days of rail travel.